First trailer of 'Resident Evil: Welcome to Raccoon City', the reboot of the saga with Kaya Scodelario

The ' Resident Evil ' saga opens a new chapter on the big screen. 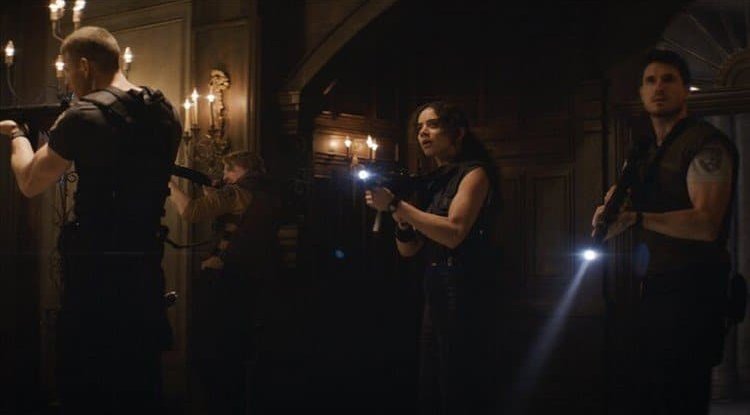 The ' Resident Evil ' saga opens a new chapter on the big screen. After the series of films starring Milla Jovovich, it is time to meet a new generation of actors and actresses who will take on the Umbrella Corporation's Virus-T in ' Resident Evil: Welcome to Raccoon City '. Kaya Scodelario leads the cast as Claire Redfield. It's time to see the full trailer for the return of Capcom's video game franchise to theaters. A return that takes us to the origin of everything.

In this new 'Resident Evil' movie, we will see how the once up-and-coming city of Raccoon City, home of the powerful pharmaceutical company Umbrella Corporation, has completely collapsed when the company mysteriously left. Some believe that this was ground zero for a deadly virus that has the world in critical condition, so a group of survivors will head to Raccoon City to investigate what happened and what Umbrella had on their hands.

In addition to Kaya Scodelario, we will see Avan Jogia as Leon S. Kennedy, Robbie Amell as Chris Redfield, Hannah John-Kamen as Jill Valentine, Tom Hopper as Albert Wesker, Lily Gao as Ada Wong, and Neal McDonough. as Dr. William Birkin and Donald Logue as Police Chief Brian Irons. All mythical characters from video games. And there will be zombie dogs, of course!

Johannes Roberts, director of ' A 47 meters ' and a fan of the saga, will be behind 'Resident Evil: Welcome to Raccoon City', which will hit cinemas on November 30.

In addition to this film, which will be in charge of Sony Pictures like the previous ones, on Netflix we will see a series in real action with a cast led by Lance Reddick as Albert Wesker. The series, focused on Wesker's daughters, has no release date yet.