Free at Epic Games: The nightmare continues - literally - Among the Sleep and Darq: Complete Edition

For this week the enhanced edition of "Among the Sleep" has been chosen for a free game on Epic Store. Next week the horror game "Darq: Complete Edition" will free, which relies on puzzles. 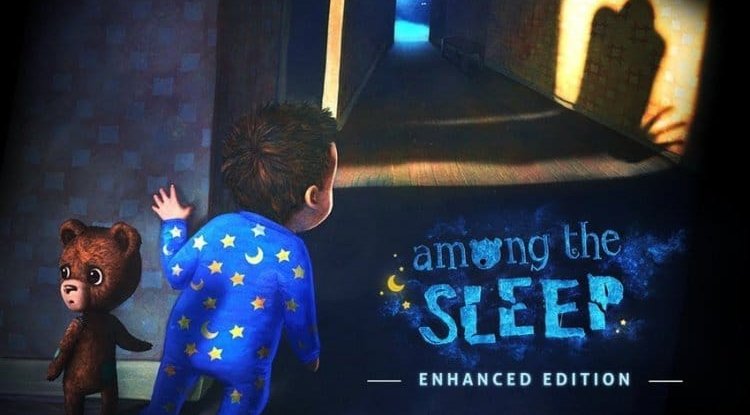 If you are a fan of Halloween folklore, enjoy indie games, and are also short of cash, you should note the current and upcoming Epic Games' free game, which is available every Thursday. The Enhanced Edition of the horror adventure " Among the Sleep " has been available for free in the Epic Games Store since October 21, and the horror puzzle game " Darq: Complete Edition " will be available next week.

This week: Among the Sleep - Enhanced Edition

The original Among the Sleep from Krillbite Studios was first released six years ago. Two years later, in 2017, the Enhanced Edition of the horror adventure was released. The game enjoys the popularity of fans on Steam, as 87 percent of almost 4,400 reviews are positive, which is definitely a very good value. From the first-person perspective, the player controls a toddler who is trapped in a strange nightmare and is looking for its mother.

According to the developer, the Enhanced Edition of Among the Sleep contains improved graphics, a digital artbook, and the in-game soundtrack, selectable pajamas, improved puzzles, and updated gameplay, new dialogues, and a brand new museum level. It will be available for free in the Epic Games Store until October 28th. Next week: Darq: Complete Edition

Creepy, but with a lot of brainpower. In a week there will be free access to the horror-puzzle adventure Darq: Complete Edition from Unfold Games. The game dates from 2019 and also got a very good rating on Steam: 93 percent of the approximately 2,600 reviews submitted are positive. In Darq, the player slips into the role of the protagonist Lloyd, who is dreaming. However, this dream turns into a nightmare from which there is no escape. So Lloyd has to cope with the conditions and bends the laws of physics.

In Darq it is also important to solve many puzzles and to make a plan how to skilfully get past the creatures in the nightmare since defeat in direct confrontation is certain.

Cyberpunk 2077 and The Witcher 3 next-gen releases aren’t coming until...