GALAX has released DDR5 memory with an interesting design

GALAX is preparing for the upcoming era of DDR5 memory, and the company plans to offer PC system creators DDR5 modules that are highly customizable. 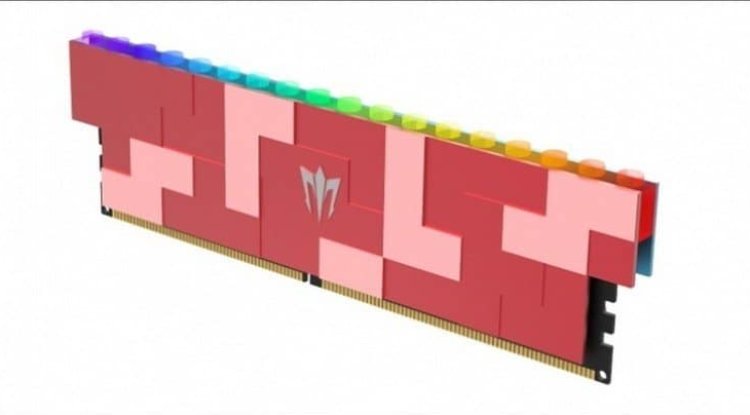 GALAX is preparing for the upcoming era of DDR5 memory, and the company plans to offer PC system creators DDR5 modules that are highly customizable. The company's GAMER RGB DDR5 series of memory offers users Lego-style block connectors, along with an interesting exterior design.

GALAX will announce DDR5 memory with 4800MHz speeds, in two-channel 16GB packages. The release of 2x8GB and 2x32GB memory modules is also planned in the future. With the latest DIMM design, GALAX offers an aesthetic that is partly reminiscent of Lego and partly of Tetris. The company has previously published memory with block functions, and by using these blocks, the creators of the PC system can attach everything they want to the computer in order to make their PC as unique as possible.

The ARGB lighting on the new modules from the GAMER RGB series can be amplified, to give a unique look. Memory modules will be available in red and blue color options.

Performance levels and the potential for overclocking this memory have not been announced, but they are known to have the DDR5 JEDEC-4800 specification.