A robot was introduced that could, among other things, make the vaccination process much less scary for those who are afraid of needles. 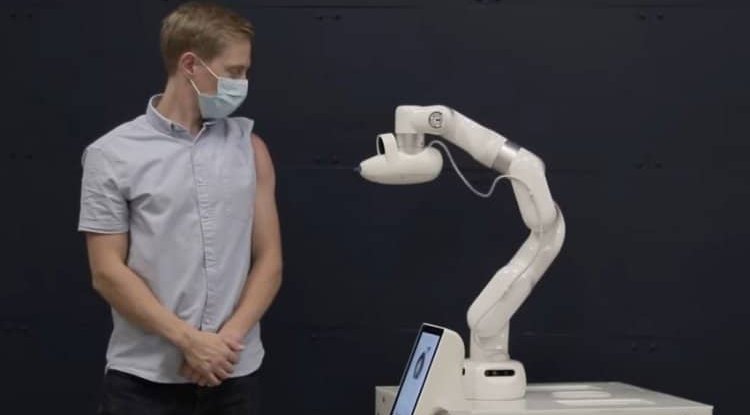 One of the few legitimate reasons why someone would hesitate to decide to get vaccinated is the fear of needles. Companies like Pfizer have therefore made a version of their vaccine in pill form as an alternative, but there is a new robot that could also help make the whole vaccination process less intimidating, as it carries out the vaccination of the patient himself, but without a needle.

The robot was made by Cobionix, a company founded by the Canadian University of Waterloo, and its name is Cobi. The mentioned company presents it as an autonomous and diverse robotic platform that can be configured and adapted to unpainted tasks, which this robot can perform completely alone and without human supervision. Such an approach in robotics has become increasingly popular in recent years.

The Cobi robot is designed and built with extreme flexibility in mind, and to change jobs it only needs a software upgrade and a minor replacement of tools to use for another job.

This allows Cobi to be built en masse, which also reduces its cost, and in order for its creators to show all its flexibility, they made a demonstration in which Cobi gives the vaccine.

And while many might say that the only scarier thing than a medical professional who wants to stick a needle in someone’s shoulder is actually a robot without manners who wants to do the same, Cobi conducts vaccination in an alternative way.

To vaccinate, the robot uses needle-free injection technology, which uses a jet of high-pressure fluid, the thickness of a human hair, to inject the contents of the vaccine deep into the tissue of the hand.

Cobi is fully automated, as it first uses cameras to detect the presence of the patient, and then the patient's identification documents. His hand has a Lidar sensor that scans the patient at high speed and creates a 3D image of the patient's body, which in turn is analyzed by the robot software and selects the most suitable point for injection.

The patient receives instructions on the screen on how to prepare for the injection, including instructions on where to stand, in which position, and which parts of clothing to remove.

But despite all this, in the real world, there are thousands of variables that must be considered for such a robot to be effective in such a specific task, and that is why its creators believe that it will take several more years of testing and development before Cobi really starts to vaccinate patients as well.

Automating this procedure would make vaccination of large sections of the population easier, cheaper, faster, and safer, as this would not put medical staff at risk.