Old phones can prevent deforestation and improve the chances of endangered plant and animal species surviving. 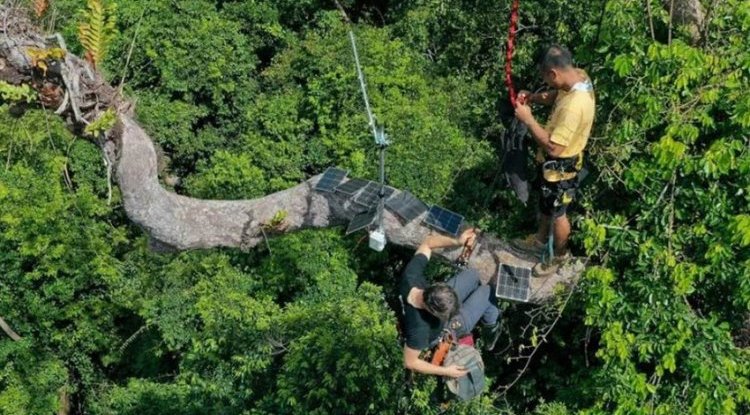 Thanks to Huawei, old smartphones do not have to end up in landfills, because they can be used in the fight against illegal logging.

By merging old smartphones, retrofitted with artificial intelligence, with small solar panels, microphones, and antennas, Huawei has created Guardian devices, which bring a “mobile revolution” in the fight against illegal logging.

Basically, we are talking about a black box surrounded by small solar panels in the shape of leaves that are designed to capture as much sunlight as possible.

What artificial intelligence has really shown after the first testing period is its ability to very quickly review significant amounts of data and replace manual wildlife tracking, which in the past meant hundreds of volunteers searching nature reserves, using different types of equipment, and documenting everything for days or weeks. Fortunately, the mobile network in tropical rainforests is generally strong enough to transmit real-time audio data.

Interestingly, the microphones in older Huawei phones are better than most microphones from other phone manufacturers because they capture specific sounds at certain high and low frequencies, which in forests plays a very important role in recognizing suspicious sounds.

Just one package of a black box with a phone is enough to protect and report illegal logging in a radius of three square kilometers in real-time, but also to reduce the release of CO2 into the air by up to 15 tons compared to the traditional way of monitoring natural phenomena in the past. Huawei phones protect 2,500 square kilometers of rainforest in this way, which is equivalent to an area of ​​over 200,000 football stadiums!

Deforestation is a big problem, because, according to the United Nations, as much as 90 percent of tropical forest felling is illegal, thus destroying flora and fauna, and rare species are dying out.

However, thanks to such innovative devices, this trend can be stopped, and various NGOs and groups for nature, climate, and nature conservation want to expand this project to the oceans, mountains, and other nature reserves.