GameFi is one of the ‘hot’ new trends that have emerged in the crypto industry, combining decentralized financing (DeFi) and irreplaceable tokens (NFT) with blockchain-based online games. 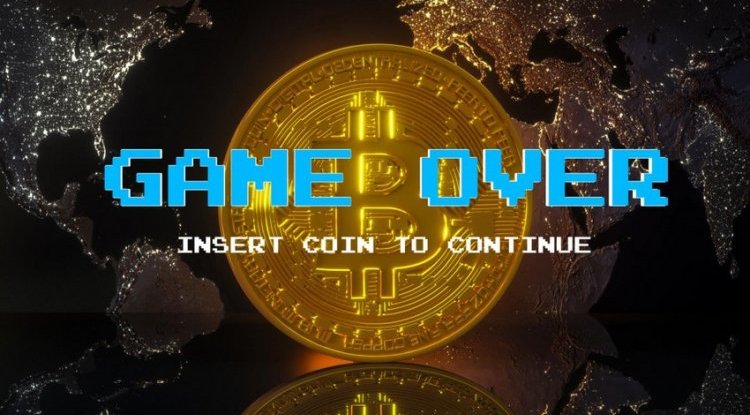 Unlike many traditional online games, which operate on a ‘pay to win ’ model and allow players to purchase various upgrades to gain an advantage over others, GameFi is introducing a ‘ play to earn ’ model.

This concept is based on giving players a financial incentive to play and progress through the game, and in some cases, this concept has allowed players to generate enviable income as well.

How does it work

The main currency and all objects that can be purchased through the game are made as NFTs. For example, a plot of land, an avatar character, costumes, weapons, etc. are bought and sold or won in games in the form of NFTs, ie tokens which can of course be traded through the game but also traded with other digital markets where NFT can be sold in exchange for one of the cryptocurrencies.

Depending on which game is being played, users can increase their earning potential by upgrading their characters, or they can monetize buying space or land in certain games by renting or brokering with it like a real-world real estate broker.

In order to track what each player owns, all NFTs and cryptocurrency transaction data are stored in a public blockchain and the application of this technology in games has a number of advantages, such as easier proof of ownership of their in-game items and in-game items cannot be forged, removed or destroyed.

Some games also include DeFi elements, such as investing, where players can lock certain tokens to earn annual interest and other rewards.

What you need for these games

To be able to participate in any of these crypto-earning games, users will need to do the following:

For all the players who want to get involved in these ‘blockchain games’ and who want to start earning cryptocurrencies and NFTs, here is a list of some of the leading games currently available.

Alien Worlds
In this game, players join a universe full of aliens consisting of several planets where players must fight for scarce resources and mine the game’s original cryptocurrency, trillium (TLM). Players can also fight each other, go on quests and earn extra income by renting their land to others. Alien Worlds was the first game to break through 100,000 users and currently has more than 2.5 million players. This was due in part to the fact that this world of metaverse extends across multiple blocks, including WAX, Ethereum, and Binance Smart Chain.

CryptoBlades
CryptoBlades is an online role-playing game that mimics traditional games like Skyrim or Dark Souls. Players can fight monsters to earn SKILL tokens. Fighting, of course, requires weapons that players must make and can also trade in the open market for NFTs.
The way the game is played is clear. The four main components — fire, earth, light, and water — are assigned to each character, weapon, property, and enemy. Each component will have its strengths and weaknesses, which players must then take advantage of and build strategies to defeat their opponents.

Axie Infinity
Axie Infinity is a game inspired by Pokemon where you can buy, care for, breed, and trade digital monsters called "Axies". The game has great earning potential, but also requires great dedication.

Upland
Upland is an NFT metaverse in which players can buy, sell and trade real estate related to real-world addresses. Players can roam the city in search of available properties to buy or they can visit other players’ properties. This is similar to Monopoly; the more land you have in one color, the more valuable they are.