'Guardians of the Galaxy': Christmas special will introduce a new MCU character

It is clear that James Gunn has returned from the summer with recharged batteries and is already preparing to start shooting both ' Guardians of the Galaxy Vol. 3 ' and the Christmas special that will serve as the gateway to the film. 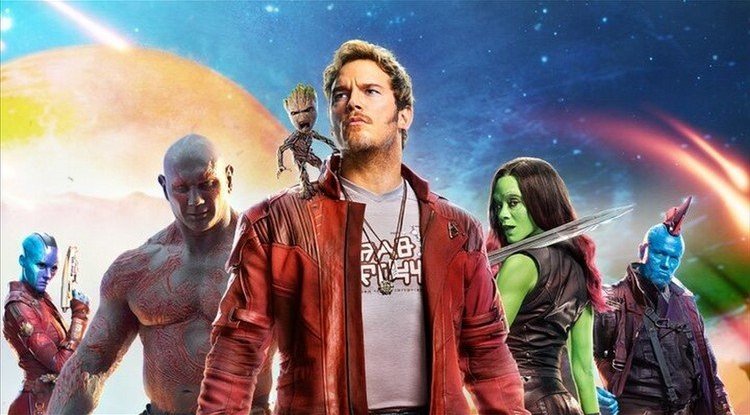 It is clear that James Gunn has returned from the summer with recharged batteries and is already preparing to start shooting both ' Guardians of the Galaxy Vol. 3 ' and the Christmas special that will serve as the gateway to the film. They will be recorded at the same time, but Vol. 3 will not hit theaters until 2023 while this 40-minute appetizer for the Disney streaming platform will premiere in December 2022.

If Gunn likes something then it is interacting with his fans on social networks and this Saturday, October 2, while answering some questions from his followers on Twitter, he announced that the Christmas special would introduce a new character, "one of the greatest of all the history of the MCU ".

In my incredibly subjective & admittedly often odd opinion, we'll be introducing one of the greatest MCU characters of all time. #GotGHolidaySpecial https://t.co/CipO64ZpoC pic.twitter.com/qnVkVr7w10

- "Is there any chance of a new character being featured in the 'Guardians of the Galaxy' Christmas special? Kind of like Boba Fett in the ' Star Wars ' special "

- "In my incredibly subjective opinion and certainly often rare opinion, we will introduce one of the best MCU characters of all time."

For now, the plot of the special has not been revealed, we only know its duration (40 min) and that it will be directly related to the third installment, so it is not an independent adventure. Of course, it has been rumored that it could be focused on the origin of Rocket Racoon to lead, in the film, to his death. Dave Bautista has already warned us that ' Guardians of the Galaxy Vol. 3 ' is a bittersweet ending to the saga.

Who is it about?

Obviously, with so little information it is impossible to guess what character it is, and the fans can only speculate. Among the responses to the tweet we can read how people bet on some X-Men now that Disney has the rights, on Nova, which Kevin Feige already announced that we would see soon; Adam Warlock or even Santa Claus himself. Though I'm sure it is not Howard Duck, as Gunn himself has denied it in the thread.