The directorial position of ' Doctor Strange in the Multiverse of Madness ', which we now know will be a linchpin of Phase 4, has not been easy to fill. 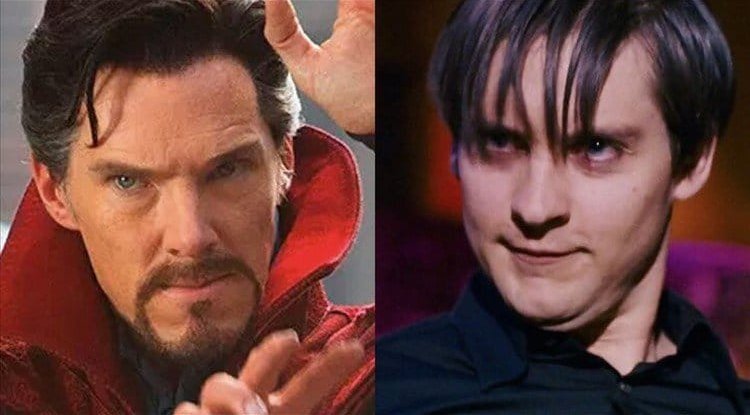 The directorial position of ' Doctor Strange in the Multiverse of Madness ', which we now know will be a linchpin of Phase 4, has not been easy to fill. Scott Derrickson, who was behind the first installment of Benedict Cumberbatch's character, dropped the sequel over "creative differences." A month later Marvel found a replacement in none other than Sam Raimi, but the filmmaker was about to say no. Why? Because he still remembers what happened with ' Spider-Man 3 ' .

The conclusion of his marvel trilogy with Tobey Maguire was released in 2007 and although it was a box office success with almost 900 million dollars worldwide, the reviews were terrible and the reception of the public was not better either. For its director it was a very hard experience: " I didn't know if I could face that again because it was horrible being the director of 'Spider-Man 3.' The Internet was gaining momentum and people who didn't like the movie made sure to let me know. It was hard to come back from. But then I found out there was a vacancy for 'Doctor Strange 2.' My agent called me and said, 'They're looking for a director at Marvel for this movie and your name came up. Would you be interested? ' Raimi explains to Collider while admitting, "Those kinds of movies are very demanding. "

"I thought I wouldn't make another superhero movie"

The director has also commented that Stephen Strange is among his favorite characters in the House of Ideas but that he is not his favorite, and believes that Scott Derrickson "did a wonderful job" and left the character "in a great place" (later he would see millions of possible futures, fade away, and return years later to help defeat Thanos, but that's another story.) He claims that he thought he would not go back to superhero movies but that "it just happened. " We wish him the best of luck with the reception of the film because the Internet is not like in 2007 either. It is much worse.

'Doctor Strange in the Multiverse of Madness' will be released in theaters on March 25. In addition to Cumberbatch, we will see Benedict Wong as Wong, Rachel McAdams as Christine Palmer, and Chiwetel Ejiofor as Mordo. In addition, Elizabeth Olsen will return to play Wanda Maximoff in her great return from ' WandaVision'.