ICARUS - Surviving in the wild

Icarus is the new title of the creator of DayZ, which came to us after being in short access for a very short time. Maybe even too short. 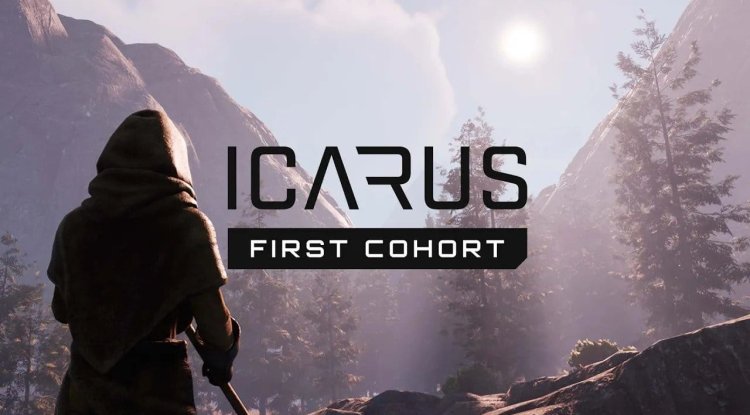 Icarus is the new title of the creator of DayZ, which came to us after being in short access for a very short time. Maybe even too short. Just like DayZ, it belongs to the genre of survival games that have been popular for years and have an enviable base of insatiable players.

There are a lot of them on the market and they all come down to a similar principle, but each one stands out in some way and brings mechanics that try to keep the players together. At first glance, Icarus seems to have something like this, but at second glance, it still reveals more problems.

Icarus is the title where you come to the planet where a major environmental disaster occurred. It sounds apocalyptic, but nature is still attractive on that planet.

Icarus can be played in solo mode or cooperatively in a group of eight players. Players can choose whether to play at their own pace in the open world or perform tasks by descending from the atmosphere to specific parts of the planet. They have a certain deadline for tasks, ie. they are time-limited. It may sound like pressure, but there is actually plenty of time. You can complete the tasks in an hour or two, and sometimes in thirty minutes.

Icarus' time-limited missions give the impression that with each new mission you launch a New Game + because you keep the unlocked talents from the previous ones, and you only lose the things you bring. It is commendable that the tasks are mostly diverse, but their execution was hard for us. We would also put up with the fact that we often have to go from one end of the map to the other, but we can't stand the fact that the game is not adapted if you want to play it without company. In a solo performance, you need a similar amount of resources as when you are in an eight-member team, which is far more work than expected.

Icarus is specifically designed for cooperative adventure although it doesn’t stop you from playing alone. Building facilities, researching, and fighting for a bare life are always faster and more fun in society. There’s nothing wrong with that, other than the fact that there are a number of other games of a similar type that have more successfully balanced co-op fun and solo adventure.

We mentioned the construction of buildings and we must emphasize that in Icarus you can build truly magnificent buildings. Construction is also pleasant because you can demolish buildings at no cost in case you don't like them. Gathering resources for construction is otherwise inspired by No Man’s Sky and The Forest, which is noticeable when you set out to cut down trees or scrape stones.

There are dangers on the alien planet in the form of wild animals, only they are so unrealistic and unnatural that it is comical. You have several types of predators on the planet and they will all come together once you target someone from the food chain. You attack the wolf - the bear comes to his aid, they are supposed to be godparents from the autumn.

The animals on Icarus act as if they are not part of an ecosystem but classic opponents in games - they just stand and wait to attack you as soon as you get close to them. They are so focused on this task that they are deaf to gunfire - they will not be alarmed by the sounds around them or be wary of them. After the excellent Green Hell, the artificial intelligence of the opponents in Icarus seems like a joke.

Character development in Icarus is done by unlocking talents that give you the ability to make all kinds of tools. Progress through unlocking these skills is also a very questionable design as you can learn to do some things right from the start, but you will only be able to find their building components while later playing the game. It seems as if someone with no previous experience has worked on the skills system.

Still, there are things in Icarus that we can praise, and that is the sound and the atmosphere. The game really strives to give you the maximum sense of presence on an alien planet with its changing nature. Natural disasters and animal voices offer a sense of discomfort, fear, and satisfaction during adventures. The lighting is very well done at night, and if you don’t have some light source in the dark, it’s better for you to have a cat’s eye because otherwise you’ll be totally lost. From large meadows through forests and deserts to snowy areas, planetary biomes will bring you closer to the feeling of walking through unfamiliar terrain.

Unfortunately, this beauty cannot hide the fact that Icarus has a number of technical problems. Decaying through the ground, randomly losing things you pick up, and passing animals through solid objects are just some of the examples. The game that came out of early access must not allow such problems. And due to technical problems, the graphic part can often suffer, so sometimes the textures are not loaded or black pixelated dots appear on the screen, which slightly spoils the visual aspect of the game.

Although our judgment of Icarus could be read from the introduction itself, it is true that a ray of light can be discerned in this whole mess. Wrongly placed elements and underutilized potential can be corrected in the coming months. However, we have the impression that Icarus is a confirmation that one flash does not guarantee long-term success. And more was definitely expected from the creator of DayZ than we got with Icarus in the end.