A lot of new things are coming and this season the focus is on chemical warfare and armored vehicles. Guide for all who are eagerly awaiting the new season. 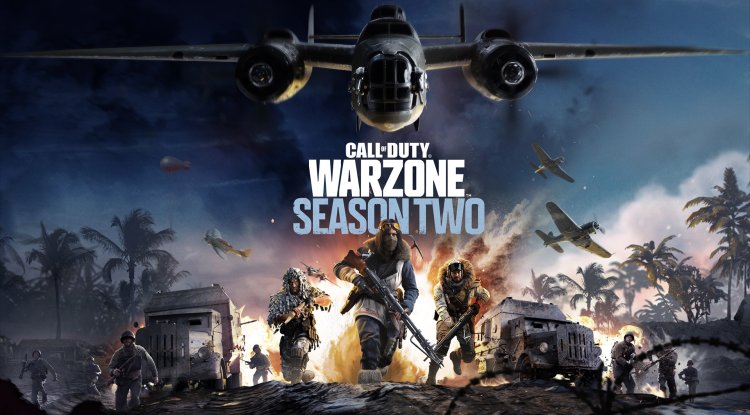 A lot of players were looking forward to a changes in the Pacific second season of Call of Duty Warzone and Vanguard. A lot of new things are coming and this season the focus is on chemical warfare and armored vehicles. It really has a lot of content, so accordingly, here is a guide for all who are eagerly awaiting the new season.

There are some changes on the Caldera map, so from now on you can explore the Chemical Factory, Research Labs and Rebirth Reinforced, while Vanguard owners will get two new maps - Gondola and Casablanca. For those of you who love to kill zombies, the new Terra Maledicta map will be a refreshment, and with three new arenas, there should be no shortage of fun.

Warzone will get a new mode, called Caldera Crush, a TDM with 48 players divided into groups of 4 players. Later in the season, there will be another mode for Warzone - Rebirth Iron Trials, which is intended for the most competitive players with increased TTK (Time-to-kill). In Vanguard, Ranked will be in Beta phase, and the new mode brings us driving in many vehicles, but will like Rebirth, come during the second season.

Nebula V is designed for weapons on a large scale, but will be used as ammunition and bombs. Although the quantities will be small around Caldera. It should be said that ammunition made of Nebula V will not be stronger than the regular one, but it will have a special effect: once you knock out a player with them, they will emit poisonous smoke around him which makes rescue difficult by his comrades.

The Nebula V bomb is already a little more dangerous - locked in a briefcase. Once activated, it cannot be deactivated or destroyed. After a fixed countdown, it explodes and inflicts massive damage within a close radius of the detonation, and then spreads a poisonous gas that damages any operator who does not wear a gas mask.

However, not everything is so black, so “portable decontamination stations” will save from toxic gases by filtering the air, but a bigger problem will be armored transport vehicles that transport this chemical poison. They transport poison around the Caldera, they are unstoppable, they have two machine guns and they leave mines behind, so be careful, but they also leave some precious things if they are destroyed, and the best of them is the Nebula V bomb.

During the second season, we will be introduced to two additional vehicles - the Bomber in the Warzone and the Gamma in the Vanguard. A bomber is a plane that destroys vehicles and even the Loadout package, so players will have to access a slightly different package near Bomber. Gamma will arrive during the season, and it is a jeep.

A repositioning balloon will also be available in Warzone, so players will soar into the air and change their position, which could also be useful against war poisons. As for the weapon itself, we get the KG M40, Whitley and an ice ax.

The second season of Pacific Adventure brings three new operators: Thomas and Anna, who will be available after the season comes out, and Gustavo who will come during the second season. Also, the Zombie mod will get new characters: Zaballa the Deceiver will be the newest enemy, while Vercanna the Last will be the new ally.

Two new fins are coming - Armory and Mechanic. While Armory will be a direct opponent of Engineer, ideal for people who don’t just use weapons in combat, Mechanic will be oriented towards special accessories and will benefit all those who want to complete the challenges intended for them.

DATE OF RELEASE AND OTHER INFORMATION

When it comes to the release date, the update is again divided into two parts - Vanguard game update will be February 10, while the Warzone update will arrive on February 14, after which the second season will begin.

To celebrate the release of the second season, you will enjoy double XP points whether you are playing Vanguard multiplayer or Warzone.