This time, the controllers are not only held in the hands. But can also be attached to the legs or upper arms, to play games such as soccer with a huge ball. 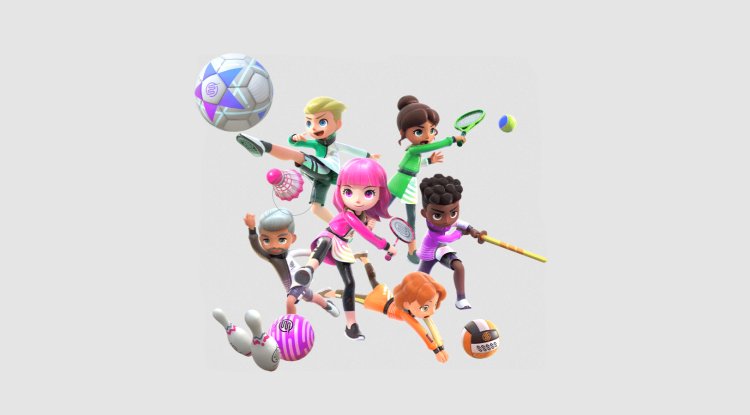 The switch has detachable controllers, which detect movement, as the Wii console had, so playing tennis, bowling and other sports will require movements not only with the hands but also with the body, in order to achieve the best result and the in-game experience

Nintendo Switch Sports is the official name of the new game, which will go on sale on April 29, and from February 18 to 20. There will be a public online test of all sports within the game, but only for users who have a Nintendo Switch Online subscription.

According to data published by Nintendo, Joy-Con controllers are even better and more accurate than Wii controllers. It is possible to use both at the same time, so gaming will be even better technically, but also much more fun, which is most important for gamers.

This time, the controllers are not only held in the hands. But can also be attached to the legs or upper arms, to play games such as soccer with a huge ball, shooting arrows, which will be much more interesting but perhaps a little difficult. During 2022, numerous other sports will arrive, which we hope will be announced later as soon as possible.

Among the sports on Nintendo Switch Sports will be first tennis, bowling, platform shooting, badminton, volleyball and soccer with a big ball. That can be played solo, in a bar on the same console with more friends. But also online through the Nintendo system with random mergers or organized parties with friends. Of course, as always in the Nintendo universe, every player will be able to achieve the best possible results with his Mii little man.

The game will receive two free updates - in the summer and in the fall - which will bring new sports, including golf, and then there will be accessories for attaching the controller to different parts of the body.

Nintendo Wii Sports is one of the most popular games ever and despite coming with the Wii console, it has remained recognizable as one of the most entertaining in modern gaming, and shipped in over 83 million copies!

We believe that many players are eagerly waiting to try their first moves with the new controllers from their rooms and to test themselves in the new sports that are coming.