The production of Valve's Steam Deck is apparently in the final phase: Valve has meanwhile also unveiled the packaging for the handheld. 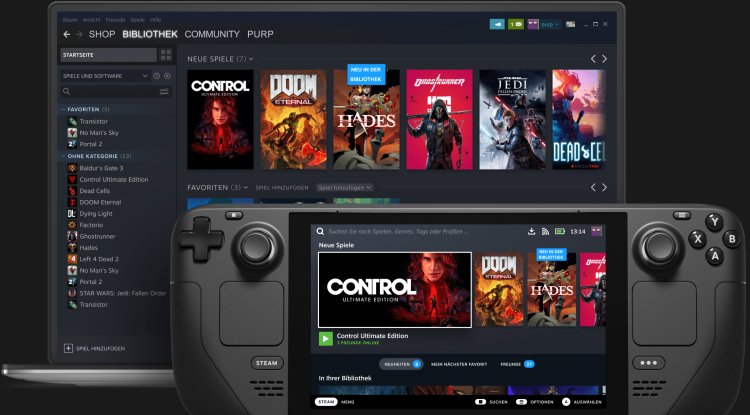 The production of Valve's Steam Deck is apparently in the final phase: Valve has meanwhile also unveiled the packaging for the handheld. So nothing stands in the way of the console's release in February 2022.

Valve is daring a new foray into its own console with the Steam Deck handheld - and this time the manufacturer seems to be on the right track. The handheld will hit the market in February 2022 and slowly but surely production will reach gold status. In the meantime, Valve has finally unveiled the hardware's official packaging, showing that the Steam Deck will soon become a reality.

After the postponement of the release, it can start in February 2022

The Steam Deck was supposed to be released in winter 2021, but Valve had to postpone the release at short notice. The fact that the company is now showing the packaging is a clear signal to the fans: There will (probably) not be any further postponement of the delivery. Valve recently confirmed on Steam that the developers had completed the final design-build of the console. This marked the start of the actual production of the console.

The packaging, which Valve has now shown publicly for the first time, consists of a simple cardboard box. In addition to the steam deck itself, the box contains a region-specific power supply unit. What players who would like to use the console on the go should be particularly pleased. Valve delivers the Steam Deck in a stylish hard case cover so that our hardware can always be well protected when traveling.

By the way: If you are currently toying with the purchase of the Valve console, you can register to reserve a copy on the Steam website. According to the current status, order or delivery will only be made after the second quarter of 2022.