Jiushark has released a new cooler for M.2 SSDs. The tower-style M.2 Three from PC component maker Jiushark has a height of more than 8 cm and may be equipped with a fan. According to the manufacturer's cooling performance table, the M.2 Three reduces temperature by more than half. 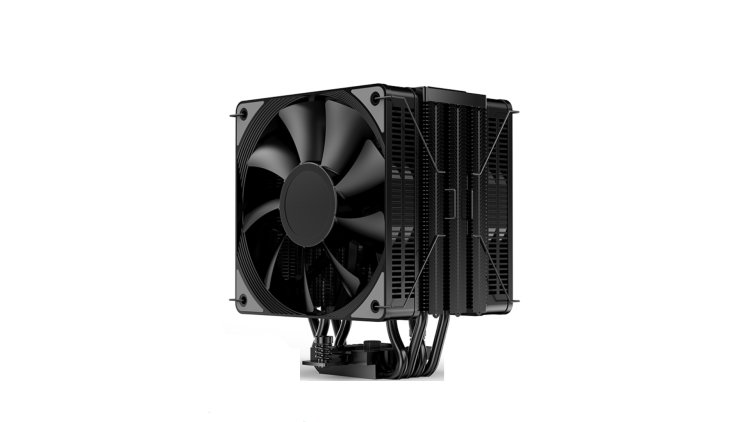 The current tendency is for M.2 SSDs to become warmer, especially with the arrival of fast PCI Express 5.0-capable M.2 SSDs, such as those that will accompany AMD's future Zen 4 processors.

Adequate cooling systems, which are increasingly being supplied with an aluminum tower, are suitable for this. Take, for example, the M.2 Three from Jiushark, a Chinese company.

The SSD cooler measures 82 mm high, 74 mm long, and 24.5 mm thick, according to the manufacturer. A fan can be installed on both sides of the cooler, increasing the thickness to 35.5 mm.

The M.2 Three is a tower-shaped aluminum block with 27 fins and pre-applied thermal paste, as stated. In addition, a single heat pipe runs through the cooler's fins, which have a nickel and copper coating. A stainless steel holding mechanism is also included to secure the cooler in the proper position.

The SSD cooler, on the other hand, is light: the M.2 Three should weigh 113 grams, which is fairly small in comparison to a tower CPU cooler, which can weigh more than half a kilogram.

Jiushark also includes a cooling performance chart for reference. The three bars represent the states of the M.2 Three, one fan-cooled and one passive, i.e. without a fan, next to an uncooled SSD, which in Jiushark's test is a 980 Pro with 500 GB from Samsung that should act at an ambient temperature of 25 degrees Celsius.