The ThinkBook product series is intended to offer a middle ground between IdeaPads for casual users and ThinkPads for demanding corporate situations. This model is intended for amateur and professional producers, as well as casual gamers. 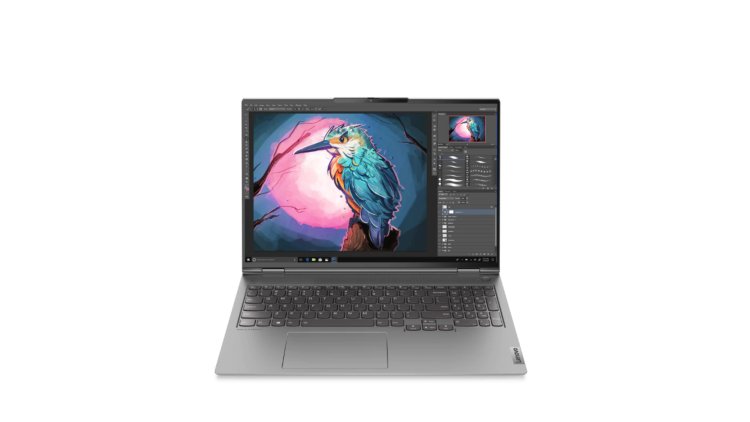 The tested model's key selling points include a high-quality 16-inch VQXGA display, a fast Ryzen 9 processor, and an NVIDIA GeForce GTX 3060 graphics chip. The aluminum-alloy body is robust and helps with heat dissipation. The bottom cover is made of aluminum as well.

A distinct surface treatment effectively divides the display's cover into two surfaces. The display joint remains stable in every position. The display screen can be turned 180 degrees, which is useful for brainstorming behind a table while the display is horizontal on the table. Many people will appreciate the ThinkShutter, a motorized sliding webcam cover. It features a 1080p resolution.

The display has a matte and relatively excellent anti-reflection treatment with a resolution of 2560 x 1600 pixels. The manufacturer claims a backlight brightness of 400 nits, as well as 100 percent sRGB color space coverage. The 16:10 aspect ratio allows for extra portrait space, which is useful in practically all applications. Because PWM is not utilized to adjust the brightness of the backlight, the display does not flash.

The power button also serves as a fingerprint scanner. Recognition is quick and dependable. The width of the notebook, which is dictated by the display size, also allowed for the inclusion of a block of numeric keys. Of course, ThinkPad keyboards cannot compete with the quality of the keyboard.

The keys are backlit with the option of setting two settings or automated brightness control, have a pleasing stroke, and when pressed at a specific point on the track, the resistance suddenly releases the key, ensuring that those who have completed the typescript course get their money's worth.

The F9 key in the middle of the top row navigates to the manufacturer's service page, which is marked with a sticker. The touchpad with a pleasing surface is asymmetrically situated, which is sensible because fingers naturally go for it under the space bar, and it is relocated to the left for the number keypad.

The eight-core AMD Ryzen 9 5900HX processor is built using 7 nm FinFet technology and runs at 3.3 GHz under normal load, with a maximum boost frequency of 4.6 GHz. According to the manufacturer, this processor TDP 45 W features 32 GB of RAM.

The integrated graphics of AMD Radeon Graphics are supplemented by a powerful dedicated NVIDIA GeForce RTX 3060 graphics chip with Ampere architecture and 6 GB of GDDR6 graphics memory. Graphics or engineering programs, video editing applications, and, of course, games will benefit from their performance. When using Dynamic Boost, the TDP of the RTX 3060 graphics chip ranges from 80 W to 115 W.

A cooling system with two fans that sucks in air from below and blows heated air back and forth does its best at high loads, although the aluminum body mostly heats up to a very high temperature from below. In short, Ryzen 9 will generate the 45 W TDP under heavy load, and the graphics chip will not be left behind. However, the support surfaces on the palms are still warm enough.

The supplied power supply has a capacity of 230 W. Depending on the programs you use and how you configure the display lighting, the battery lasts 5 - 7 hours of normal work on the Radeon integrated graphics. At greater loads, such as in computationally and graphically demanding programs or when gaming with the RTX 3060, endurance is obviously greatly reduced.

The notebook includes two USB-C connectors as well as two traditional USB 3.2 type-A connectors. The USB-A ports are positioned in the back, as is characteristic of Lenovo's rectangular power connector, so these wires will not interfere with your workstation. The USB-C ports are located on the right.

The power supply uses a standard Lenovo square connection. The power supply is rated at 135 watts. Because one USB-A port and an HDMI port are too close to each other, an HDMI cable with a heavier connector and a larger USB key can interfere with each other.

The user also has an SD card reader, which will mostly please photographers and film creators, even if the speed does not amaze him.

The speakers are angled to the sides at the front of the bottom wall, so the sound is good regardless of the surface on which the notebook is put. If you require more bass, utilize headphones or external speakers.

Bitcoin miners bought an entire coal-fired power plant for their own n...