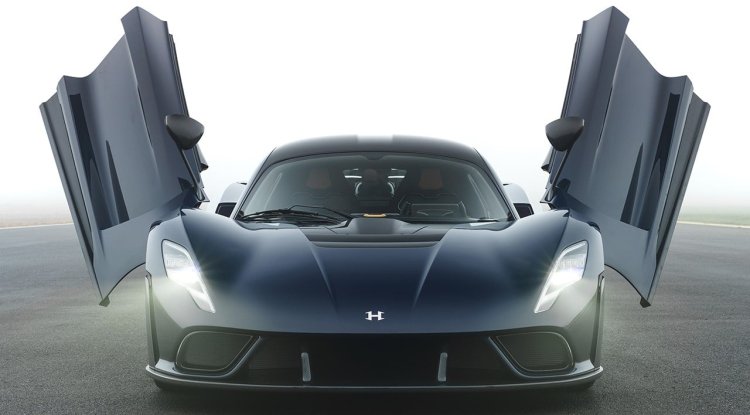 After launching the Venom F5 sports hypercar on the market, the American company Hennessey began work on its new project. It is an electric hypercar being developed under the working name Project Deep Space.

The car will be 6 meters long, and the drive will provide it with as many as 6 electric motors of 400 horsepower, or total power of 2,400 horsepower, which will transfer all that great power to each of the 6 wheels.

The company’s plan is to produce a limited quantity of these 105-piece vehicles. And if you’re going to want to get one, that pleasure will cost you as much as $ 3 million.

The idea of ​​the American company is not to make the fastest car in the world, but an electric car with the highest acceleration from 0 to 322 km/h, but they do not state what time they are aiming for.

The design of the passenger cabin is also interesting. The driver is located in the front and has no room for a passenger, while four passengers drive behind him and have the ability to turn the seat and place it in a supine position. Which gives them the possibility of comfort, as they say, "like in a private jet". An additional curiosity is that the car will have only one door. That one door will cover the entire cabin with all 3 rows of seats. That will allow easy entry and exit of passengers.

It’s a bit unusual for someone to present a new car to the public solely using basic sketches. Hennessey says this is just the beginning of the design and development process because production won’t start until 2026.

In conclusion, we would say that the only important difference between them and other talented cartoonists is that they already have an attractive Venom F5 hypercar behind them.