Nio is expanding its range of electric SUVs 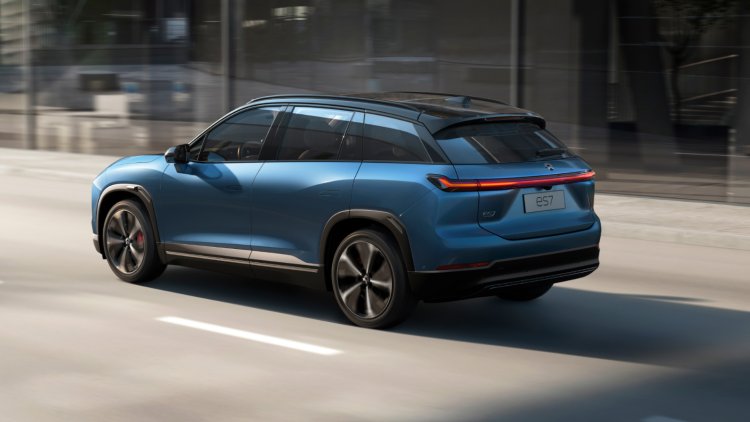 Nio, a Chinese automaker, is expanding its lineup of electric SUVs by adding an ES7 model between the ES6 and ES8 models, which introduces numerous new features. It shines in terms of dynamics inside the brand.

The vehicle's proportions reflect its position in the brand hierarchy. It has a floor plan of 4,912 x 1,987 mm and a height of 1,720 mm. The axles' wheelbase measures 2,960 millimeters. The coefficient of aerodynamic drag is an intriguing number, with a value of 0.263 ranking among the best in the sector.

The body with huge flat surfaces, reminiscent of the Nio ET5 sedan released at the end of last year, is in charge of the airflow. It's also linked to the appearance of multiple protrusions that house lidar, cameras, and sensors. These characteristics indicate that the SUV will be able to drive partially independently.

Although the ES7 is similar in size to its larger sibling, the inside has only two rows of seats. The front ones provide warmth, ventilation, and massaging capabilities.

The rear shines with the function of motorized adjustment of the back part's inclination in the range of 23° to 31°, which somewhat influences the volume of the luggage compartment. It offers a huge 658 liters as standard (including the volume under the double floor).

The interior design is based on the brand's previous automobiles. It has attractive shapes that cover a variety of eco-friendly materials. Rattan from sustainable sources is essential. The cabin features extensive mood lighting with 256 color options.

From relatively simple surfaces emerge a pair of screens and a little Nomi module, an artificial intelligence assistant. PanoCinema technology, in addition to the head-up display, is standard on board.

These are augmented reality glasses that simulate a 201-inch screen 6 meters ahead of the crew. Dolby Atmos surround sound is also included in the equipment.

The Nio ES7 has one electric motor on each axle, with a total output of up to 480 kW. (653 hp). The maximum torque is 850 Nm. The novelty accelerates from zero to 100 in 3.9 seconds thanks to the powerful motor and is thus the fastest SUV in the brand's repertoire.

This vehicle can also manage the opposite discipline, stopping at 33.9 meters from 100 km/h. The brake system is manufactured by the Italian manufacturer Brembo.

Furthermore, the Nio emphasizes the axles' 50:50 weight distribution, as well as the air suspension with adaptive shock absorbers.

The electric vehicle comes with three distinct battery sizes. The standard has a capacity of 75 kWh and a range of 485 kilometers according to the Chinese CLTC cycle.

It is 620 kilometers in the case of a larger 100 kWh battery. The third option has a battery capacity of up to 150 kWh, and the ES7 model is said to travel over 850 kilometers on a single charge.

The ES7 type is most likely already in mass production. The Chinese automaker pledges to deliver the first copies as early as August 28 this year, despite the fact that it has just recently begun to accept domestic orders.