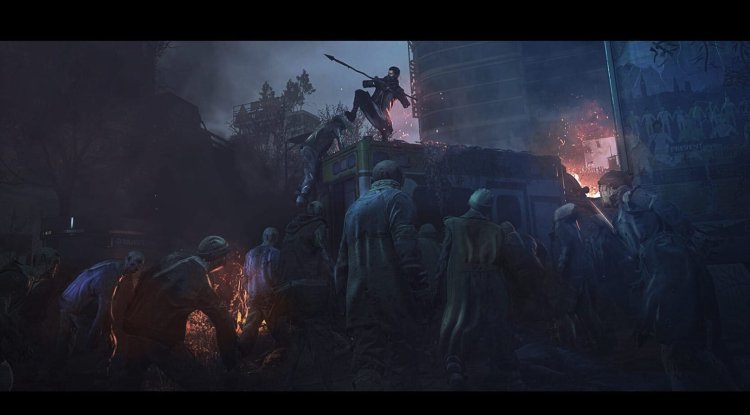 Dying Light 2 is one of the most important games scheduled for the first quarter of this year, particularly from a technological standpoint, because, as we have previously stated, it will feature ray tracing applied to both lighting and reflections, as well as shadows. This implies it will join a select group of titles that make advanced use of this technology, a group that includes titles like Control, Metro Exodus Enhanced Edition, and Cyberpunk 2077.

Hopefully, that ray tracing implementation will result in a significant performance hit, but luckily, we can compensate for that with DLSS, as Techland has confirmed that Dying Light 2 will support said image intelligent reconstruction and rescaling technology. I'm looking forward to giving you a technical assessment of Dying Light 2 next week, and I'll be playing it on both the GeForce RTX 3080 Ti and the GeForce RTX 3050.

NVIDIA has already prepared everything for the arrival of Dying Light 2, as the green giant has recently published the new GeForce Game Ready drivers version 511.65, which are tuned to get the most out of the title. To download them, simply go to this site, specify the model of your graphics card and the OS you use, and that's it; the download and installation procedure will be completed in a matter of minutes, without the need for you to restart the computer.

These new drivers also support NVIDIA's new GeForce RTX 3070 Ti Mobile and GeForce RTX 3080 Ti Mobile graphics cards, which were unveiled at CES 2022 in January. They are prepared to move 1440p games with total fluidity and adapt without problems to diverse designs and formats, which means they will be included both in traditional gaming laptops and in lighter models.

What will I need to play Dying Light 2 Stay Human?

We already know the official criteria courtesy of Techland.

The first thing that stands out is that Dying Light 2 will not be extremely demanding on the CPU, as evidenced by the fact that we will be able to run it with a quad-core and four-thread processor, but it is likely that we may experience stuttering issues with such configuration.

The optimal minimum level will be a quad-core, eight-thread CPU, while a six-core, the twelve-thread processor will provide a little more performance. In terms of IPC, any Skylake or second-generation Ryzen CPU will fall under the suggested minimum and should be able to move the game without issue.

While Dying Light 2 will not be demanding in terms of cores and threads, it will scale on CPUs with a higher IPC and clock frequency.

In terms of RAM, Techland has specified a minimum of 8 GB. Because it is a multiplatform game based on the PS4 and Xbox One, this figure will be sufficient to play it with confidence, and we should not have any issues other than a minor micro-jerk.

Dying Light 2 will place a high demand on the GPU. A GTX 1050 Ti or a Radeon RX 560 with 4 GB of graphics memory will be required to play it at 1080p, poor quality, and 30 frames per second. We'll be able to add some adjustments in between, such as texture quality.