OWC announced the world's fastest SSD, with the largest capacity

Other World Computing, primarily a manufacturer of hardware for Mac and PC technology, has discovered the Accelsior 8M2, as they say, the fastest PCIe SSD in the world, with the largest capacity in the world. 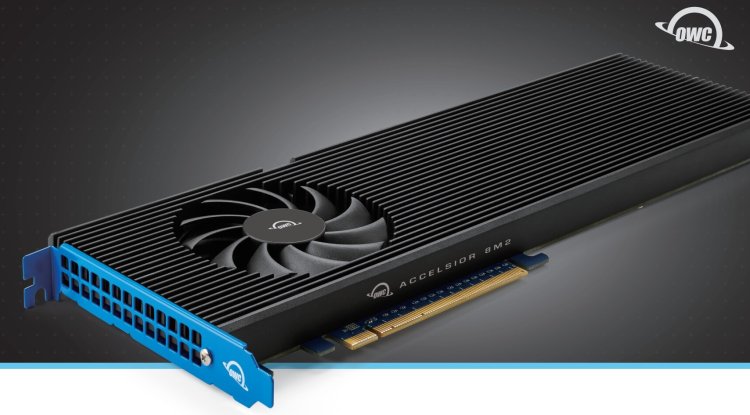 Other World Computing, primarily a manufacturer of hardware for Mac and PC technology, has discovered the Accelsior 8M2, as they say, the fastest PCIe SSD in the world, with the largest capacity in the world.

The OWC Accelsior 8M2 takes advantage of the total bandwidth of the latest PCIe technology by delivering high speeds of up to 26,000 MB / s. There are a total of eight NVMe M.2 SSD slots, each of which can run on its own x4 data streams via PCIe 4.0 x16 tape architecture. The disk offers up to 64TB of storage space, writes Digital Trends.

Due to the top specifications, heat distribution was taken into account during the development of the Accelsior 8M2. In particular, a silent cooling fan is built into the aluminum heat shield.

"We are always trying to push technology to its limits, and the OWC Accelsior 8M2 can be summed up in one definite sentence, " said Larry O'Connor, CEO, and founder of OWC. " It's the fastest-capacity PCIe SSD in the galaxy ."

OWC pointed out that 60 percent of storage professionals rely on NVMe SSDs to process large data sets. To that end, it is said that the capabilities of the Accelsior 8M2 should comfortably set it apart from the competition in terms of CPUs and GPUs that handle large amounts of data at the highest speeds ever.