WHO IS THE NEW MOST POWERFUL MAN OF THE TWITTER NETWORK: Parag Agraval replaced Jack Dorsey and "announced" changes to the current rules 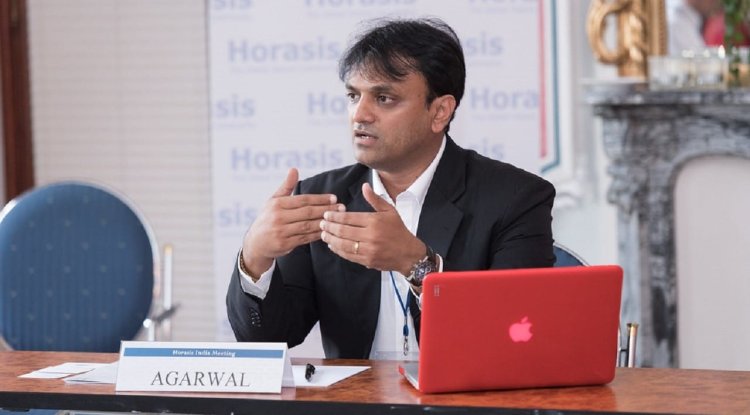 You may not have heard it yet, but one of the most popular social networks, Twitter, has a new CEO.

Parag Agrawal is almost completely unknown to the general public and the largest number of users of this social network, and he will replace Jack Dorsey, co-founder and former executive director after 15 years.

Parag has been with the Twitter company for more than a decade and is a close friend of Jack Dorsey, and since joining the company he has made his way from an ordinary engineer to one of the top people in the company's management.

He replaced the title of one of the engineers in charge of product development with more important titles, but Parag's personal breakthrough followed after 2017 when he became the Executive Director for Technology at the Twitter company. After becoming a CTO, he was in charge of high-tech problems, such as the fight against hacking, taking over accounts, data leaks, resolving password crises, and the like.

He has also worked on company decentralization and other key initiatives within Twitter.

Parag Agrawal is the fourth CEO of the Twitter network - Dorsey was replaced in 2008 by Evan Williams (one of the co-founders), and he was replaced by Dick Costolo in 2010, and Dorsey returned in 2015 until he handed over the position in November 2021.

Although Agrawal is very unknown to a wider audience, some of his earlier interviews and statements suggest thinking in which direction Twitter could develop. Now as CEO, some of his statements sound much harder.

In 2020, in an interview with the MIT Technology Review, then still as CTO ( Chief Technology Officer ), Agrawal said that the role of the Twitter network is to build a healthy place for online conversations, suggesting that this could happen at the expense of enabling it to let people say just about anything they want.

" Our role is not to abide by the First Amendment [under U.S. law], but our role is to serve a healthy public conversation. "

However, that does not mean dealing with all misinformation online - Agrawal believes that the goal of the Twitter platform is "to avoid the specific damage that misleading information can cause ", and not to " try to arbitrate what is true or false on the Internet ". This is because, as Agrawal says, " defining misinformation is really, really difficult. "

Despite having extensive experience and long experience in almost all positions in the Twitter company, the new CEO has his hands full - to cope with the huge competition and growing influence of the Snapchat and TikTok platforms in fast daily information, but also with the necessary further and faster network growth, which includes increasing the number of active users on a daily and monthly basis.