Combined with 8GB RAM, this phone proved to be the fast in real work. The absence of a micro SD, but this version with 256 GB of ROM is also available. 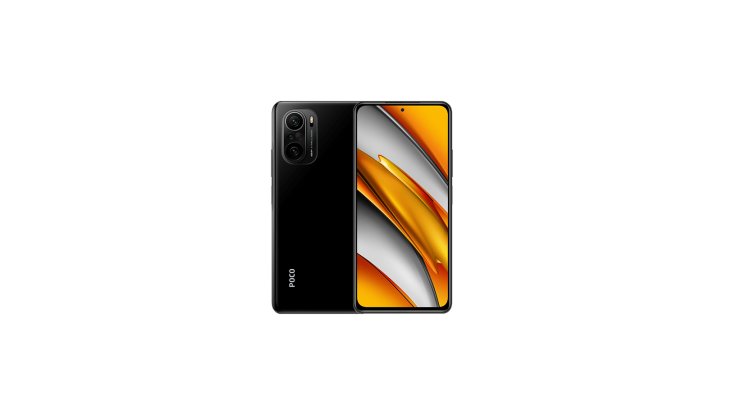 The basic impression we carry is the speed of the flagship phone - how good this chipset is. The Snapdragon 870 is really lightning fast and works like clockwork. Qualcomm has done a fantastic job with this processor and it is somewhat amazing that it has managed to find itself in phones of this price range such as the Poco F3. All this is clear to us, 5 versus 7 nanometers, Cortex X1 A77 core is knocking at a higher clock speed and every part 40 percent higher clock speed.

Combined with 8GB of RAM, this phone proved to be the fast in real work. The absence of a micro SD slot will be a problem for some users, this version with 256 GB of ROM is also available.

The screen is very good and AMOLED makes a difference, there is nothing to add. The maximum fluid operation at 120Hz and the excellent 1300 nits brightness in this price range is something you will hardly get anywhere else. In terms of design, one modern phone, attractive but not unique in appearance. Glass back and forth, fifth-generation gorillas, connections in their places...

The fingerprint sensor in the power button works at lightning speed. Fantastically fast! You know we’ve been in camp for a long time with a fingerprint sensor under the display. Stereo speakers ensure that the sound picture is better than usual, so F3 is definitely not disappointing in this regard.

4520 mAh battery, fast charging power 33W and charged battery in minutes less than an hour. Our ten-hour YouTube test of the Poco F3 ended with 54 percent of the remaining battery capacity.

And when it comes to cameras, the Poco F3 5G comes with a 48MP main sensor seen so many times, with an aperture of f/1.8, as well as an 8MP ultra-wide sensor that captures 119 degrees and a 5MP macro camera, slightly better than the usual 2.

Although based on this we would think that the results will be well known in advance, this is not so, because in this case the new Snapdragon 870 changes things a lot - we already know that each chipset has a lot of share in photo and video processing, so when we add and software optimizations, surprises are possible.

In the domain of daily photos, this may not be so obvious, although we would say that they are still better than we have seen so far from this sensor on some other models. The sharpness and level of detail are correct, the dynamic range is quite good, and we must praise the exposure, which is always well-balanced and uses the available range in the best way, without losing detail in the most important parts of the scene. The colors are relatively natural with only minimal “beautification”, so the main sensor will provide you with not only usable, but also beautiful photos during the day.

The 8MP ultra-wide sensor, in addition to a much wider frame of course, has a slightly brighter color than the main one, but still a very close look, and even a decent level of detail, given the much smaller megapixels, although photos obviously look a bit softer than those with main cameras.

Despite the 119-degree shooting angle, the geometry correction is quite correct, so you can use both cameras as the situation requires and, in the end, be rewarded with very good photos.

Third, the 5MP macro camera, which on most other phones mostly bothered the left and serves to boast that the manufacturer has a camera more, in this case is an absolutely pleasant surprise and we can say a solid addition to the phone, especially for those who like to take pictures objects or details up close. 5MP gives enough detail to make photos look good, and the main thing that makes a difference is the addition of autofocus, which is practically necessary on this type of camera so that the average user can take a usable photo. With the Poco F3 macro camera, you will be able to take good macro images without any problems, as long as there is enough light, which is, as always, necessary for this type of shooting.

Night mode on this phone does a great job, not only on the main, but even on the ultra-wide camera, so the photos are good sharpness and brightness, with good noise reduction that successfully retains details. Again, the impression is that these results are slightly better than we have seen before from the same sensor.

What is also a pleasant surprise is the video recording, so the 4K shots from the main sensor look really good. Stabilization is quite good. The ultra-wide sensor shoots quite well in this case, but its 4K shots are noticeably less detailed than those of the main sensor, not exactly as if it were Full HD, but still with a much bigger difference than with photos.

Poco F3 also comes with some specialized video modes that those who like to record interesting videos for TikTok and social networks will adore, such as Dual Video and Filter modes, in which the Snapdragon 870 shows its power by creating effects that you usually need a desktop machine with Adobe After Effects. A very interesting option that will allow those with a little creativity to do really interesting things.

To end the story of the cameras, let’s mention the 20MP front camera, which has excellent sharpness, color and contrast and takes very good selfie photos, both in standard and portrait mode, which blurs the background. Portrait mode looks great, although in some places it is possible to notice small artifacts on the edge of clothes and hair if you really enlarge the photos on the computer.