Terra Invicta has been in development for a little over six years. The strategy game from developer studio Pavonis Interactive will finally appear on Steam. 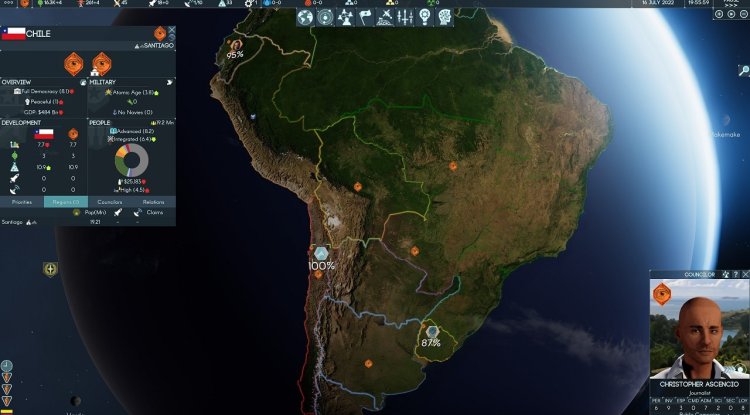 Terra Invicta has been in development for a little over six years. This year, the strategy game from developer studio Pavonis Interactive will finally appear on Steam. Let's take a closer look at the XCOM modders' project.

Post Distant Worlds 2, we remain in both the space and strategy game realms with our Steam insider tips. Terra Invicta, the first independent game from the developers of Pavonis Interactive, is scheduled to be released in the second quarter of 2022. However, the Californian studio is not completely new to the gaming industry. The company was founded in 2015 and became known through the popular Long War modifications from XCOM: Enemy Unknown and the expansion XCOM: Enemy Within. At that time, the fan project added numerous features to the games and, above all, a much longer single-player campaign. The makers have been working on the new, ambitious project since the end of 2015.

Shoemaker, stick to your last

Pavonis Interactive remains true to the strategy game genre. Terra Invicta is a pausable real-time strategy title that is explicitly described as a "grand strategy game". That means huge battles in space are ahead of us. The structure of the game is divided into two parts. On the one hand, we have to prepare the earth for an imminent invasion by aliens and improve the skills of our politicians and scientists. On the other hand, it is our task to restore the balance in the solar system. However, since the motives of the aliens remain in the dark, seven factions are formed. For example, while the resistance tries to form an alliance of peoples for a coordinated counterattack, the protectorate advocates a capitulation, to avert the total annihilation of the earth. The remaining five factions also differ greatly in their actions. The solar system is to be displayed dynamically in Terra Invicta and the game world is constantly changing. The development of technologies and industrialization through the construction of space stations also plays a major role in the further course of the title.

As is so often the case in the indie sector, the new work by Pavonis Interactive went through a Kickstarter campaign. Just six hours after the launch on September 29, 2020, Terra Invicta reached the target of 20,000 US dollars. By the time the project had over 4,200 supporters and over $216,000 in funding, the project had multiplied its original goal tenfold. Due to the early success, the developers could even afford to implement additional features such as alternative scenarios, 3D elements, and voice output.