The Ryzen 9 6900HX will get a new CPU and GPU architecture. The L3 cache, the number of cores, and the boost clock should remain unchanged. 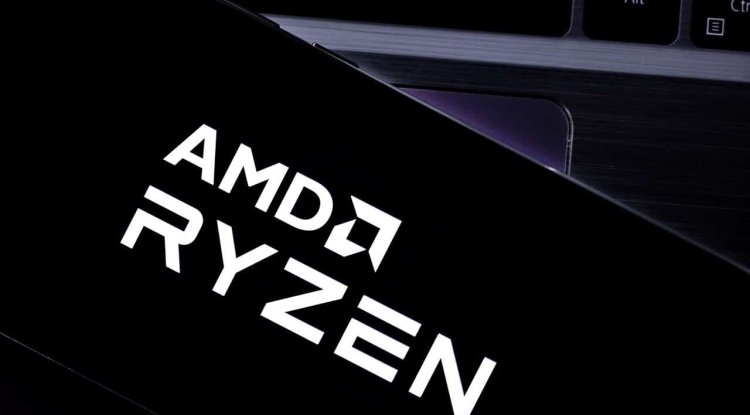 The Ryzen 9 6900HX will get a new CPU and GPU architecture as well as a new naming scheme for the IGP. The L3 cache, the number of cores, and the boost clock, however, should remain unchanged.

Allegedly, AMD wants to replace the notebook APUs from the Ryzen 5000 generation - code name Cezanne - next month. Unspecified sources have now published new details on the Ryzen 6000 processors. The focus is particularly on the flagship, the Ryzen 9 6900HX.

Big changes in the GPU

With the Ryzen 6000 APUs, code name Rembrandt, AMD will probably revise the computing architectures used. Zen 3 is already used in Ryzen 5000, which is now set to become Zen 3+. There are, however, significantly larger changes in the built-in graphics unit: Here, AMD is currently still relying on an optimized Vega architecture, which is essentially more than four years old. Ryzen 6000 should instead rely on the current RDNA2 architecture.

According to our source, there is also a production change from TSMC's 7-nm production to 6-nm production, which, according to the company, should increase the logic density by 18 percent. It is unclear whether this will make the final chip smaller than the current Ryzen 5000 APUs. At least the CPU should take up less space, because the flagship, the Ryzen 9 6900HX, will continue to use eight cores with a maximum of 4.6 GHz and an L3 cache of 20 MB. But it is conceivable that AMD will make the GPU larger for this. So far it is unclear how many RDNA2 shaders should be used at Rembrandt.

But there are details about the new naming scheme of the APU-GPUs. So far, these have been marketed as Radeon Vega and given a single number for classification - e.g. Radeon Vega 8. This naming scheme should be stored with the Ryzen 6000 APUs. Instead, the GPU of the Ryzen 9 6900HX is now to be referred to as the Radeon 680M. The successor should then be called the Radeon 780M.

This clearly sets AMD apart from its predecessor when it comes to naming, which also fits in with the changes to the GPU. With the heavily revised architecture, the slightly improved manufacturing, and the higher memory bandwidth - Ryzen 6000 supports DDR5-4800 instead of just DDR4-3200 - AMD's Ryzen 6000 APUs should improve significantly in terms of GPU performance. At least for gaming notebooks, this should only have a limited impact, because an additional graphics card is usually installed here anyway.

Rembrandt APUs are based on the 6nm process and Zen 3+ architecture. Integrated graphics cards will use RDNA 2 graphics, and APUs should support PCIe 4.0, USB 4, and DDR5 memory. The U-series APUs are expected with a 15W TDP, while those from the H-series will have a 45W TDP and higher-specific integrated GPUs.