Nvidia closed the fourth quarter of 2022 with record sales and a record profit. Compared to the previous year, sales were 53 percent higher. 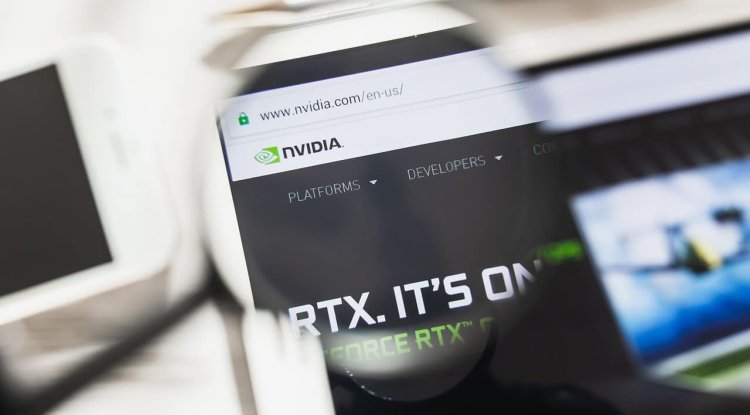 Nvidia closed the fourth quarter of 2022 with record sales and a record profit. Compared to the previous year, sales were 53 percent higher and operating profit was 97 percent higher. In addition, there is still talk of delivery problems. The production capacity should therefore continue to be steadily expanded.

On Wednesday, Nvidia published its fourth-quarter business figures, ending a record quarter and a record year. While sales were around $5.0 billion this time last year, Nvidia was able to book $7.6 billion this year - an increase of 53 percent. At the same time, operating expenses increased by only 23 percent to now 2.0 billion US dollars, so that in the end there is significantly more money left over than before.

Operating income was around $1.5 billion in Q4 2021 and $2.7 billion in Q3 2022. This quarter, on the other hand, Nvidia managed almost $3 billion, which is roughly twice as high as last year. So financially, the company is doing very well and reportedly could do even better. In the investor discussion on the quarterly figures, Nvidia's CEO Jensen Huang mentioned that the company still cannot cover the demand for products. A look at the current graphics card market confirms this: Although prices are falling again, the delivery situation is not yet normal.

Nvidia also wants to continue to increase the delivery volume with each quarter, and there should be a significant improvement here in the second half of the year. This could possibly be related to the new product presentations from Nvidia because the Geforce RTX 4000 graphics cards are expected in the second half of the year. Nvidia is switching to another production line so that RTX 3000 and RTX 4000 graphics cards can be produced at the same time. However, Jensen Huang does not have any concrete news ready here: In the investor talk, he only said that 2022 will be a very exciting year for new products.

At least the company has something to say about the current RTX graphics cards. According to Nvidia's CEO, the introduction of the first ray-tracing graphics cards was a complete success. According to this, almost every game developer is now working with the new ray-tracing technology, which was first introduced by Nvidia and is now also represented on AMD graphics cards. Appropriately, the gaming division continues to be very important for Nvidia: It accounted for almost half of sales in the most recent quarter.

But Nvidia also expects a lot from ray tracing outside of games. The technology is to be used in parallel for other purposes, such as simulation software that can be used to simulate radar or laser beams, for example. The use in games should therefore probably not lose importance, because Nvidia expects further great growth from this market.