Samsung this week announced its new HDR form - the HDR10 Plus GAMING - to offer gamers a more immersive experience in the next gen of TVs and monitors. 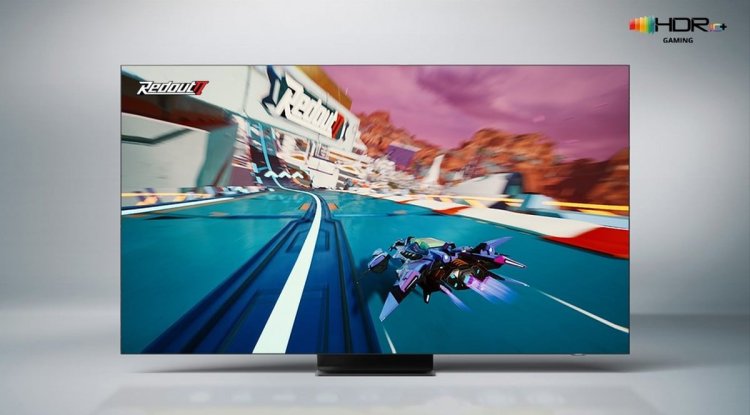 Samsung this week announced its new HDR form - the HDR10 Plus GAMING - to offer gamers a more immersive experience in the next generation of TVs and monitors.

The format provides accurate HDR gameplay, up to 120Hz VRR (Variable Refresh Rate) and low latency. It will release the feature during the South Korean giant's panel at CES 2022.

The electronics company Samsung has now announced support for the new HDR10 + gaming standard for its 4K and 8K televisions and gaming monitors for the coming year. Devices from the Neo-QLED series with the Q70 TV series and higher are affected, explains Samsung developer Seokwoo Yong. The new and modern HDR gameplay is slated to be unveiled at CES 2022 along with a list of 4K and 8K game titles powered by Nvidia GPUs.

As the name implies, the HDR10 + takes all that is good about the HDR10 and improves it. It raises the maximum brightness to 4,000 nits, so it also increases the contrast. But the biggest difference lies in the way the HDR10 + handles information. With HDR10 +, the "metadata" transmitted by the content source is static, so there are certain values ​​set for complete content, like an entire movie, for example.

HDR10 + makes the metadata dynamic, allowing different values ​​in each frame of video. Each frame has its own parameters for colors, brightness and contrast that result in a much more realistic image. Areas of the screen that could have been over-saturated with HDR10 show even the finest detail with HDR10 +.

However, there is a peculiarity. Despite being a royalty-free format, HDR10 + was developed by a consortium of three companies: 20th Century Fox, Panasonic, and Samsung. So HDR10 + compatibility has so far been limited to TV models from Samsung and Panasonic. In terms of content, there's not much support for HDR10 + either, although that has changed.

The benefits of HDR10 + gaming

The new HDR standard was developed by HDR10 + Technologies and is intended to give game developers the tools they need to deliver an interesting and consistent gaming experience for players. With a large number of display technologies for different input sources, including PCs and consoles, for example, manual calibration should not be necessary. Automated HDR calibration will also be available on Samsung's 2022 TV and gaming monitor series that support the HDR10 + gaming standard.

By eliminating manual settings when loading games, which was previously only possible for film and television content, the game engine should automatically optimize content in real time. This function provides details in dark shadows and also configures the display in the "real reference mode", which should offer better colors without players having to spend additional time with the game settings.

Other manufacturers and developers are taking part

We expect development studios like Saber Interactive and Game Mechanic to showcase their HDR10 + gaming titles at CES 2022. The former with "Redout 2", an 8K anti-gravity racer, and "Pinball FX" as well as the latter with "Happy Trails and the Kidnapped Princess", which will be released in 2022.

In addition, Nvidia GPUs from the Geforce RTX 30, RTX 20 and GTX 16 series will support the HDR10 + gaming standard with drivers that will be released in 2022. HDR10 + was introduced four years ago and is now enjoying widespread support across the industry, with 128 partners and over 4,000 supported devices, including televisions, projectors, smartphones and tablets from over 28 manufacturers.