Did you have high hopes for DDR5 memory? It seems that the new modules had a false start - manufacturers complain about the insufficient supply of components 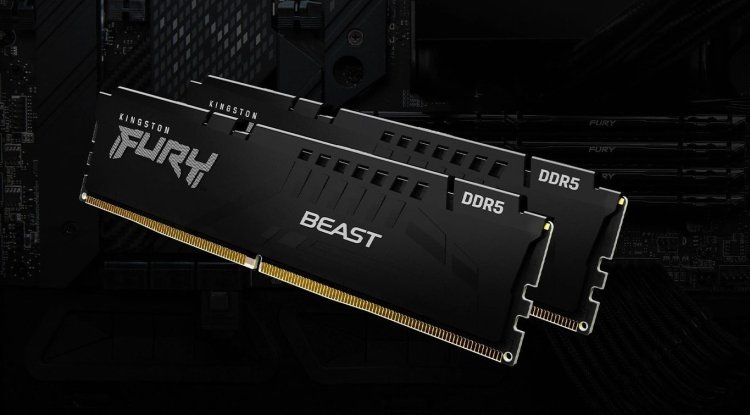 Did you have high hopes for DDR5 memory? It seems that the new modules had a false start - manufacturers complain about the insufficient supply of components, which leads to problems with the availability of equipment in stores. Unfortunately, the forecasts do not look optimistic here.

The reason for the shortage is, of course, the difficult availability of components for making the memory, more precisely the new PMIC chip. Namely, until now, the motherboard was the one that regulated the voltage for DDR4 and older RAM boards and lowered it to generally 1-1.5 V, depending on the standard.

This task is performed by PMIC or Power Management Integrated Circuit, a new addition to DDR5 boards. However, according to current rumors, the chip is significantly more expensive than before.

The novelty of DDR5 memory is that the motherboard is now avoided, and the new DDR5 RAM cookies get their power directly from the PSU, and all components for lowering the voltage to the desired level must be located on the RAM board itself.

DDR5 memory debuted on the occasion of the premiere of new Intel processors. However, this cannot be called an easy start. Even before the premiere, it was announced that the new modules would be much more expensive than the older DDR4 models. Unfortunately, it quickly turned out that not only are new memories horrendously expensive but also hard to buy in a store.

What is it caused by? Micron, one of the main producers of RAM memory, took the floor.

Sanjay Mehrotra, Micron's CEO, confirmed DDR5 memory availability issues. Importantly, it's not about the memory bones themselves. It is unofficially known that the problems are caused by insufficient supplies of Power Management Integrated Circuit (PMIC) and Voltage Regulator Modules (VRM), which are necessary for the construction of new modules.

Demand for DDR5 memory significantly exceeds supply due to a shortage of non-memory components that affect manufacturers' ability to build DDR5 modules. We expect that these shortages will be reduced by 2022, allowing deliveries to increase to a significant level in the second half of 2022.

According to the director of Micron, the problems could last until next year. Normal deliveries, however, should not be expected until the second half of 2022.

Anton Shilov from Tom's Hardware noted that the problem could have been caused by Intel itself (which, incidentally, should be most interested in the good availability of new memory - it is DDR5 support that is the key advantage of the new Alder Lake processors).

Various manufacturers (including Renesas, IDT, Montage Technologies, Texas Instruments, and Samsung) are involved in the production of PMICs, but Intel has so far only certified the systems from Renesas. In such a situation, memory vendors are limited to only one vendor, which has a problem meeting and restricts the entire market.

It remains to be hoped that the situation on the memory market will actually improve next year.

A new report predicts that Apple will introduce the third-gen iPhone S...