Seventh year of Rainbow Six Siege: What awaits us?

The third season brings an operative from Singapore and a map for which we currently do not know in which country it is located. 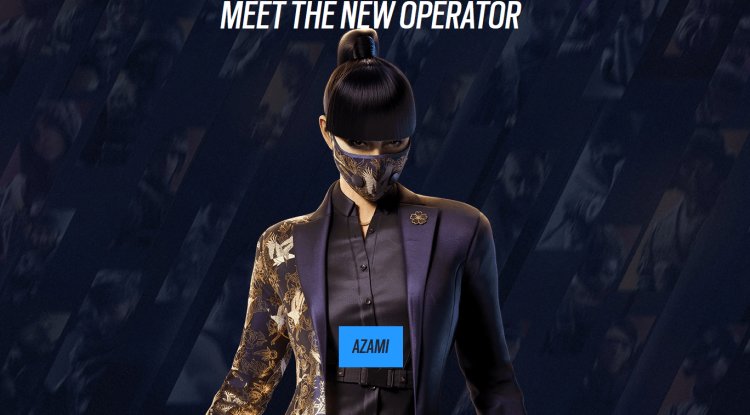 Ubisoft presented the plan and program for the seventh year of their multiplayer title. It will be a year full of changes and novelties that could restore the much-coveted spirit of the game after it has subsided a bit in previous years. At the end of the day, there remained a treat called the Six Invital 2022 final between Team Empire and TSM in which the latter team emerged as the winner and became the new world champion.

The seventh year of Rainbow Six Siege will bring us four seasons in which we will get four operatives and three maps. The first season has already been presented under the name Demon Veil. Azami is a new operative who carries with her Kunai knives in which there is a foamy creation that can create shelter in the room or patch holes in the walls. She is on the side of the defensive operatives and her goal is to prevent the attackers from entering the building. The map coming to Demon Veil is the Irish Emerald Plains which will be extremely demanding and difficult to master, at least so they say!

In the second season, we get a Belgian operative and a map in Greece. However, unlike previous seasons where the maps were intended for the competitive part of the game, this one will be made exclusively for the new Team Deathmatch mode coming to Demon Veil.

As already written above, Team Deathmatch is becoming a permanent mod in Rainbow Six Siege. Ubisoft decided to accept the desire of fans for this mode and bring the game even closer to classic first-person shooters. In addition to TDM, from next season we also get the opportunity to change offensive operatives during the preparation phase.

Through the second season, the game will get the much-coveted shooting range where players will finally be able to practice in peace how to overcome gun jerks. Also, each operative will receive a guide explaining how best to play with him or her, and this will be primarily useful to new players.

Ranked mod will also get a remake in the third season. The players will thus start in the lowest division and will have to make their way to the very top. Progress through the ranks will be simpler and easier to understand and will be rewarded by joining each higher division. Each rank will be divided into five divisions, which should help better distribute players based on their mechanical skills. In addition to the updated ranked mode, an improved reputation system is expected to determine how decent and good or bad and toxic players are. Also, if players want to play ranked matches, they will need to connect their mobile number to Ubisoft Connect in order to be able to play the game in a competitive spirit without any worries.

Players on consoles will also be able to be pleased. Ubisoft has prepared a special team that will take care of the situation of Rainbow Six Siege on console platforms, so we can expect the arrival of match replay on the same. During the seventh year, further development of Siege is expected in this regard, so consoles will get an FOV slider. Weapons jerks that could be specifically designed for console players will also be worked on, and improved targeting assistance is expected. As for the match replay option, through 2022 Ubisoft will allow players to report people who cheated or disturbed the atmosphere in the team through a re-examination of matches.

As was the case in previous years, so in this one we will have three Six Majors and a final Six Invitational. The venues of the three Six Majors are also known. In the fifth month, they will go to the USA, in the eighth month the teams will play in the territory of the United Arab Emirates, and in the 11th month they will go to Asia. As for the Six Invitational, the venue for 2023 is not yet known, but it is known that from 2024 to 2026 it will be organized in completely new locations. Six Invitational was held in Montreal, the headquarters of Ubisoft Montreal, but during the pandemic it was forced to move to countries that allowed LAN competitions and whose situation with the infection was not so terrible as to jeopardize the organization of the said.

The long-announced World Cup in the Rainbow Six Siege is once again postponed to 2023. Ubisoft wants to make this event unique for Rainbow Six Siege, but the current situation with the coronavirus pandemic does not allow it to take place. The Rainbow Six Siege World Cup is a competition that should involve 20 countries from each region and would provide an opportunity for people who are not on the same teams to play and represent their country.

Rainbow Six Siege is entering its seventh year of existence. Over the past year, it has surpassed the figure of 80 million registered players and continues to grow. Although the upward trajectory has been somewhat lower in the past year, Ubisoft still continues to develop its most famous multiplayer title with the help of players around the world.

Seventh year could be the year that will bring the hype behind Rainbow Six Siege back to its best days. If all the desired tasks are fulfilled through 2022, and at the same time the anti-fraud system is worked on, Rainbow Six Siege could return to the old paths of glory.