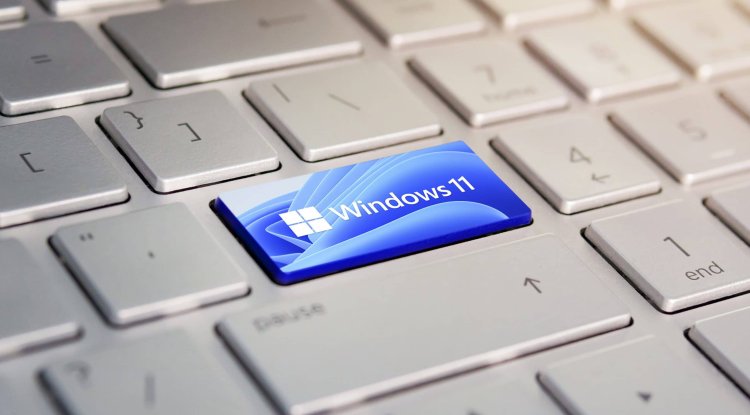 Microsoft has steered Windows development toward usability in order to reach the greatest number of people and completely control the computer desktop. Its operating systems' learning curves are fairly smooth, and its operation to carry out fundamental activities is accessible to anyone. Of course, it is not as adaptable or powerful as some would like. At least, that's what you think at first because powerful Windows apps exist in addition to the usually useful third-party software that you sometimes have to rely on.

Microsoft has been adding these kinds of tools with system administrators, developers, and more advanced users in mind, who may be left short by the Windows that is supplied by default, which is mainly focused on graphical interface interaction. As there are alternative ways to work with a computer system, the programs we will suggest allow you to access functions that are not normally accessible or to do jobs more quickly and efficiently.

We chose some of the most intriguing ones, however, we could add a few more. Because some are open source, Microsoft provides them for free, either as part of the system or as a separate download through the Microsoft Store or the GitHub repository. We also observe that "Linux flavor" and, more broadly, support for Open Source has grown steadily since Satya Nadella's appointment as Microsoft's CEO. Of course, self-interest is always welcome if the user benefits. Some argue that the nicest feature of Windows 11 is its support for Linux…

It is a Windows package manager. It was one of Microsoft's major announcements at the BUILD 2020 developer conference, and it is an open-source tool built separately from Windows, however, it is also included in the system. Its objective is to assist developers and users in downloading and installing software in a more powerful and flexible manner than the normal installation from an application store or the standard double-click on an executable in Windows.

For decades, this form of manager has been included in the most popular GNU/Linux distributions, and it is a forerunner of the application store approach. In this situation, Microsoft will maintain a library of programs contributed by Microsoft and third-party developers, and developers and users will be able to download and install them fast and easily on their Windows personal computers.

It's not a tool that everyone will use, but it's available if you regularly use the Windows console and need to install software alternately or automate the installation of numerous programs in a faster and more powerful manner. If you want to give it a shot, you can find it on the Microsoft Store and on GitHub.

Without this set of utilities produced by Microsoft as external tools that improved the native ones of the system and the integrated controls of Windows, Windows 95 would not have been the same. They had altered little until a second version for Windows XP was introduced in 2002, and then for Windows 10.

Microsoft improved the tool with the release of Windows 11 and continues to add utilities over time. The concept is the same as in Windows 95, with better customization (or "tuning") and productivity in various jobs.

To utilize it, download and run the "PowerToysSetup.msi" file. When the service starts, a PowerToys icon will appear in the system tray. When you click the icon, the configuration UI appears. The user interface displays all installed tools, allowing you to enable and disable them, and provides options for each utility. They are all free source and may be found on GitHub.

Another "inspiration" from Linux is that Microsoft has transformed into the ultimate command-line tool for Windows. It was created with the goal of interacting with the classic command prompt, the advanced Powershell console, and WSL 2, which we will also include in this pick, from a single interface.

The tool is still a text-based interpreter that executes commands and modifiers, but it includes some fascinating additional features, such as a tabbed user interface, support for GPU acceleration for text processing, full Unicode support (including fonts, emojis, themes, and greater customization). The operation with tabs or panels has been improved in recent versions, allowing window partition or browsing between open tabs via a dedicated menu.

The user interface has also been improved, with smaller borders and color connections with the system configuration, especially in Windows 11, to delight people who value consistency in design and a beautiful visual finish in addition to functions. Another new feature is the integrated search function, which has been added to the interpreter or command selector and allows you to see a list of all accessible commands. Windows Terminal (latest version 1.4) is free and open-source, and it is accessible in the Microsoft Store and on GitHub, where the source code is also available.

The Windows 10 Spring 2020 Update brought two new features to the network packet sniffer 'Pktmon,' including the ability to see sniffed packets in real-time and convert Pktmon logs to support from PCAPNG. Because PCAPNG is compatible with a wide range of network monitoring tools, it provides users with extra alternatives for studying data.

Wireshark is supported, which is a de facto standard in many industries for network, software, and communications protocol development analysis and debugging. And, to stay ahead of potential breaches, test your home network (just like the "bad guys" would). Pktmon runs simply from the command line on Windows 10.

Have you accidentally erased a significant file? Did you completely erase the hard drive? Do you know what to do with faulty data? "Windows File Recovery can assist you in recovering your personal data," says Microsoft's description of a new utility that allows you to recover deleted files from a hard drive or SSD, a USB flash drive, or an SD card.

The utility is a command-line executable called "winfr," and it comes with three basic usage modes. You must first download it from the Microsoft Store before you can use it.

We'll save the most powerful of the Windows tools we've mentioned for last. And it's not a Linux-inspired design; rather, it's the Linux Subsystem for Windows. At BUILD 2016, Microsoft dropped a bombshell by allowing Bash (the command interpreter that comes standard with most GNU/Linux versions) to be used in Windows 10.

This tool's second version (WSL 2) enhanced performance and introduced a full Linux kernel, as well as additional capabilities such as support for DirectX 12 and graphics apps.

Soon, you will be able to utilize custom kernels, connect Linux apps from Windows using localhost rather than distant IP addresses, upgrade the kernel via Windows Update, and execute complete Linux applications (in graphical mode).

Microsoft has also made it easier to install, with the evident purpose of preventing developers who require this type of tool from leaving Windows 10.

Windows and Linux are getting closer, and some experts predict that Windows will become an emulation layer on Linux, constructed beneath a Linux kernel but retaining its user interface, internal tools, and system applications. Microsoft includes this subsystem in its official store for Windows 11 to make installation easier.

Although not designed for all users, these advanced Windows programs are particularly useful for developers, administrators, and more advanced users when it comes to completing operations in a more flexible or faster manner, or accessing functions that are not available by default. The graphical user interface has a flaw.