With a battery of about 70 kWh and a range of about 320 kilometers. The engine could be located at the rear and has a power of as much as 260 hp... 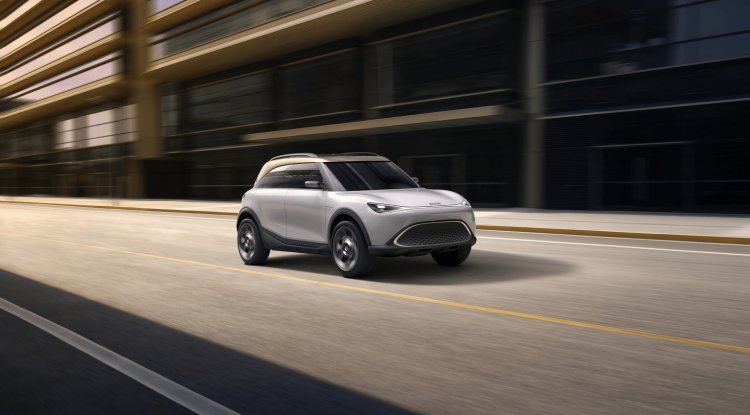 The compact electric SUV was unveiled last September at the Munich Motor Show. It is now known that its market name will be Smart # 1 and that it will go on sale before the end of 2022.

Last year, the concept of an electric SUV under the Smart brand was presented at the IAA Mobility show in Munich, which should be the first in a series of cars that this company will be oriented towards in the future. The compact city SUV was introduced then under the name Concept # 1, and now pre-production prototypes have been filmed for testing, confirming that the final model will not differ too much from the concept shown.

According to some information, Smart will launch this model under the name Smart # 1, before the end of this year. Smart will thus begin the transformation into an automotive and technology brand that will feature exclusively premium electric models. Recall, currently this brand is owned by Chinese Geely (otherwise the owner of Volvo) and Mercedes, in a ratio of 50:50.

The Smart # 1 boasts an aerodynamic drag coefficient of just 0.29, which should be among the best results in the segment. This is achieved, among other things, by hidden door handles, a rounded body and an active front grille closing system. Like the concept, the Smart # 1 is 4.29 meters long and 1.91 meters wide, 1.70 meters high, and thanks to a wheelbase of as much as 2.75 meters, the front and rear overhangs are extremely short - giving a small car a relatively spacious interior.

With its shape and design, it stands out as a recognizable Smart model, while it is characterized by various modern technological solutions, such as LED lighting elements, or opening the tailgate just at the touch of a finger on the LED touch panel.

When it comes to the propulsion system, it should be fully battery-electric, with a battery of about 70 kWh and a range of about 320 kilometers. The engine could be located at the rear and has a power of as much as 260 hp, but all these details are just unofficial speculation. What is known is that it will be

Let’s be realistic this car is beautiful. Really Smart has done a great design, it can be seen that it is an absolutely comfortable car and capable. The design itself says that it is an electric car. In the picture, we can see a lot of lights that make this design “electric”.