This year, NVIDIA and AMD seem to be pushing for the ability to enable recent upscaling on the drive side. The Greens introduced NIS, while the Reds made RSR 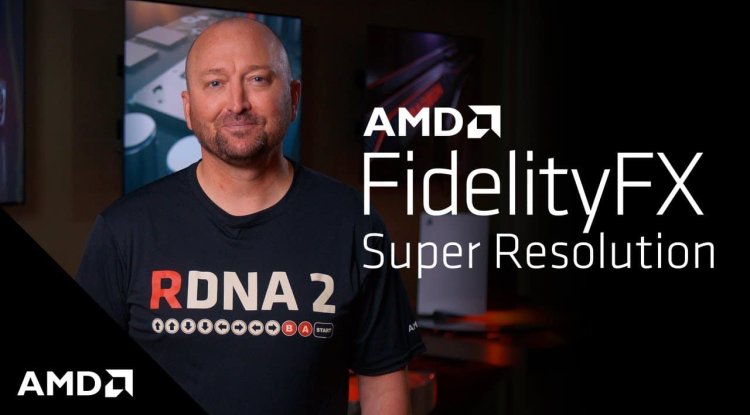 This year, NVIDIA and AMD seem to be pushing for the ability to enable recent upscaling on the drive side. The Greens introduced NIS (NVIDIA Image Scaling) last year, followed by DLDSR recently, while the red side is made with RSR (Radeon Super Resolution).

After that, many might think that DLSS and FidelityFX Super Resolution are over, as why should they be built into games if they are there in the graphical device drivers as well, but the situation is not that simple. In reality, application-side upscaling is very much retained, as it cannot be well integrated into drives. The main reason for this is that the device driver can only work with the final frame, as opposed to an application-side implementation that allows you to specify at which stage the treadmill runs. And this makes a huge difference, be it an AI or a spatial upscaling procedure, both of which are very sensitive to certain factors.

Generally speaking, none of the upscaling technologies like certain post-processing effects, highlighting those that result in a grainy image. Of course, they have different problems, for example, spatial solutions (NIS and RSR) cannot optimally reconstruct edges in a grainy image, while AI (DLDSR) options make the final image even more grainy because the neural network does not know that it not a good move. The latter can have problems even with particle effects, which can be handled in an application-level form, but there is no chance of forcing it from the side of a drive.

So it sounds very good that there will be some sort of upscaling for thousands of old games, but no one should expect a miracle because it will end in disappointment. Nonetheless, there is no problem with these compromise techniques if the user is able to accept their mistakes. From the latter point of view, however, the systems are different, so different errors are to be expected.

In terms of specifics, the typical weakness of NIS is that it does not have a so-called deringing filter, so activating it will result in ringing image errors, which is obviously not a popular factor. In addition, the algorithm uses a 6-rectangular kernel window, which means it works with quite a bit of data in terms of sampling. Ironically, this makes it less sensitive if there is no anti-aliasing on the image to be processed, but without it, the result will be pretty bad in the first place, so if you have no other option, you can turn on the drive's FXAA. In addition, the efficiency of the system deteriorates when an image with grainy effects is used.

AMD's RSR 12 kernel-shaped, circular pattern looks at the 12 closest elements, which is quite a bit of data already, making this system more sensitive to edge smoothing, as it can calculate better quality images from more information. In addition, AMD even uses a deringing filter, so you don't have to worry about ringing image errors, but this algorithm doesn't like grainy frames either.

DLDSR is already a neural network solution, which is also edge smoothing, so it is not necessary to take care of it separately. The typical problem here will be that the neural network does not always decide well what information to provide to the image being created. You can make grainy frames even more grainy, multiply the particle effects, or fundamentally change the brightness of the frame, sometimes to an inconvenient degree.

Except for the lack of a NIS deringing filter, these are all things that can be done against an application-level system but must be tolerated when enabled from the drive. In this respect, none of the new alternatives can replace DLSS or FidelityFX Super Resolution, which can give much better quality in certain titles simply by correcting their weak points in the imaging spot just used.