With alpha version 3.15, death has made its way into Star Citizen and has serious consequences for gamers. We summarize what fans can expect with the update and the consequences of the demise of your own character in the universe of the space game. 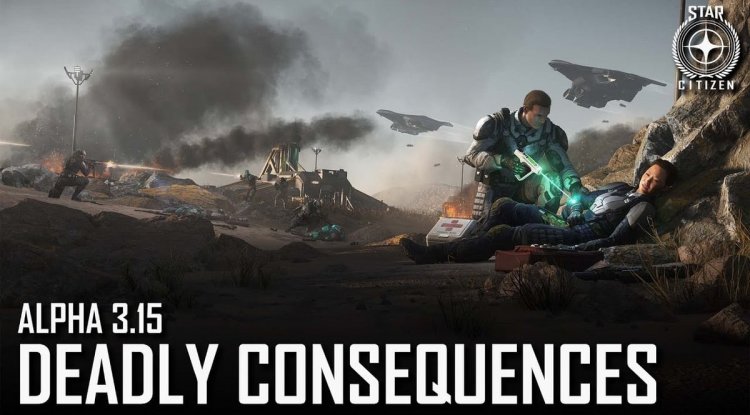 Star Citizen is getting a new alpha update - and this version 3.15 has it all. Under the title "Deadly Consequences", the developers introduce, among other things, the death of one's own character as a game element. In line with this, the team has also revised the health and healing mechanics in the game.  Hospitals, rest stations, and ambulances take care of healing  How and where players are wounded in Star Citizen has a significant impact on their chances of survival with Alpha 3.15. The head, torso, and extremities can be wounded independently. Injuries, depending on the type and severity, affect the character's locomotion and fighting skills. Smaller wounds can be treated temporarily in the field, but all injuries will have to be treated in a medical facility at some point.  There are three different versions of this in Star Citizen: Hospitals heal all injuries, rest stations are responsible for small and medium-sized wounds, while ambulances can treat small injuries and transport characters to the nearest hospital. Various medications are available for healing, but players can only use them to a limited extent because otherwise there is a risk of overdosing.  Should any help come too late and a character can no longer heal themselves or take them to a medical facility, other players have the option to help them get back on their feet. If that fails, the player dies and loses all physically equipped items on death. These items remain at the point of death and can be collected there again after respawning in a hospital - if they have not already been collected by another player.  Other new content in Update 3.15 includes:  By: Olivia J.