In the hardware world of audiophiles, there is some curious hardware to marvel at, all of which are supposed to make a contribution to increased audio quality 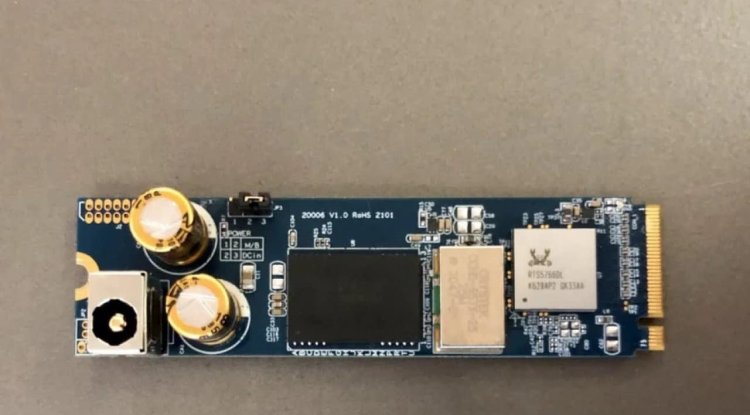 A curious SSD promises to make a contribution to better sound quality. In fact, there should be little to it.

In the hardware world of audiophiles, there is some curious hardware to marvel at, all of which are supposed to make a contribution to increased audio quality. Special motherboards, extra shielded SATA cables, or a recently introduced special network switch for a mere 2,500 US dollars is supposed to tease out the last detail for the perfect sound experience from the ones and zeros of music files.

With a special SSD, there is now another find in the hardware curiosity cabinet, which can also be bought. It is doubtful whether it will ultimately ensure the sound that is advertised.

The hardware is advertised in the Audiophilestyle forum. The SSD was said to have been specially designed and created by the user in cooperation with the unnamed controller manufacturer "from the ground up". The latter can, however, be read in the form of Realtek on the photos of the SSD, which apart from audio hardware has also been involved in the business with SSD controllers for several years.

With regard to the memory, 1 Tbyte of 3D TLC-NAND-Flash is installed. However, this does not correspond to the actually usable capacity, because, among other things, efforts are being made here to increase the audio quality. The memory does not run in TLC, but only in pseudo-SLC mode, which is abbreviated as "pSLC mode". This reduces the usable memory to 333 GB, while the audio quality increases beyond constant speeds.

The description says more precisely that the TLC mode ensures that the music sounds like "background music" without "features" and "powerless". Among other things, the sound is "flat". The pSLC mode, however, provides a "special natural feeling". Sound becomes "smoother and calm", among other things. Furthermore, there is talk of a 3D sound experience with a touch of "vinyl and dynamic sound", which "no other SSD can currently offer or even can achieve".

Apart from the pSLC mode, an external power connection via 5V DC, a Crystek CCHD-957 Femto clock oscillator, two Audionote Kaisei 220uf capacitors, and an 8-layer PCB with additional amplification should contribute to the promised sound. In the said forum there are also some testers who speak of an improvement in the sound through the SSD. One user even reports a "continuous change". He wanted to encourage users not to perceive the said characteristic. However, actual measurements are not shown in the thread.