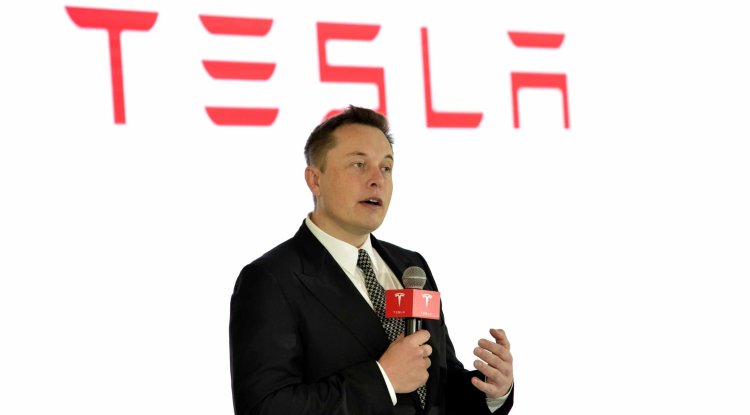 The most important product during this year and the next period will not be only cars - it will be the software that drives them. According to Elon Musk, one of the richest people on the planet, this refers primarily to self-management technology, and then to humanoid robots, which will primarily help in factories for building self-driving cars.

The biggest obstacle to the realization of Musk’s predictions is still the cars themselves, that is. Precisely the technology that drives them, and which could not drive alone for years.

This does not only apply to Tesla cars, but to smart cars because we still do not have any car that is able to drive unmistakably alone, and regulatory bodies have certified and approved it anywhere in the world.

Experts in the development of safe technology do not doubt the fact that humanity for several reasons should support and advance electric cars and self-driving car technology, but they also believe that their manufacturers are too aggressive and too careless in their announcements, because no technology is yet safe enough for passengers or the environment to drive without a driver.

However, Elon Musk built his reputation as a visionary more successfully than others, because he made the dream of electric cars real, and he managed to make the SpaceX program real, as well as the new satellite Internet, which is spreading rapidly around the world. It is stated that the package of 12,000 dollars for self-driving was bought by over 60,000 drivers of Tesla cars, who around the world participate in testing self-driving options in various ways. This is a situation that all other car manufacturers, including the biggest names, can only dream of.

“I would be shocked if we did not achieve complete safer driving than humans this year. I would be shocked”, Musk said, predicting that fully automatic driving would become “the most important source of income for Tesla”.

“It’s insanely good from a financial standpoint”, he said.

Saying so-called robot taxi technology would increase vehicle utility by five times because owners can send their cars to work when they’re not needed - the car could make money by a taxi while the owner somewhere else.

Tesla uses cameras and artificial intelligence, avoiding other technologies such as radar and lidar technology, which include rivals such as Waymo. This approach has provoked mixed comments from all sides, and security experts are unanimous in their view that whatever technology is used - autonomous driving is not ready to replace humans in complex situations and that people behind the wheel are sometimes simply necessary, especially in city and driving with a lot of obstacles in the environment.

That Elon Musk in this case went too far during 2021 was said several times by Tesla engineers, who spoke to various media about how the vision of Mask that he presents on Twitter and what is happening in engineering does not match.

However, Musk does not give up his claims even at the beginning of 2022, and he repeated that during the conference conversation with investors and shareholders of his companies when he presented the plan to include the humanoid robot Optimus in work in Tesla factories around the world. Musk believes that humanoid robots are ideal for performing boring tasks that are repeated repeatedly, but also when performing dangerous actions. This worries some experts because they believe that the precision and attention that people pay to such jobs results from better and more reliable solutions, in this case, cars - what a person checks and marks as safe is usually the case, and machines can make mistakes. Because they do not have the cognitive power that man has.

Elon Musk hopes that humanoid robots will be the next big step in the development of necessary technology for humans, more than electric cars.

“This has more potential to be more useful to people in the long run than electric cars”, Elon Musk concluded.

Elon Musk sent a message to Jack Sweeney, owner of @ElonJet - this account is automated and has information on the movement of Elon Musk, a nineteen-year-old student, via Twitter last fall.

“Can you remove this order, because it poses a security risk?”

Sweeney replied to the richest man in the world that he could, but to send him a Tesla Model 3 instead of $5,000. The popularity of this account, which has almost 125,000 followers, seemed to frighten Mask, who told Sweeney (because he knows where he’s going).

The conversation continued with a few more messages. Musk asked him how much money he makes from this account, and when he found out that the amount was around 20 dollars a month, he offered him 5,000 dollars to delete the account and help the billionaire to prevent crazy people from following him. Sweeney said he would love $50,000 because it would be a great opportunity for him to pay for college, or buy a Tesla Model 3.

Musk said he would consider it, but to date, he has not offered him anything, and the order is becoming more popular every day. Sweeney says that it is quite OK that Elon did not answer him because he gained popularity on his other accounts, and that he is now earning more money than before. He got more followers on social networks, learned to code and got a job as a programmer.

The last conversation took place at the beginning of the year when Sweeney said that he would delete the account, without any money, but for the opportunity to get an internship with him. Sweeney says that Musk has not opened the message yet, but that it is probably because he is on vacation in Hawaii, which you can check on his ElonJet account.

Sweeney also explained how his orders work. He uses publicly available data, related to his private plane, and then his algorithm extracts take-off and landing information from that data, and automatically publishes it on the Twitter network.

Where things get complicated is the fact that Mask’s plane is on the LADD block list, which removes his identification information from publicly available sites. However, as blocked aircraft are not 100% removed, Sweeney uses publicly available data from ADS-B transponders found on most aircraft, which show aircraft location data when in the air. Then, this data is processed in one complex algorithm. The flight altitude of the aircraft and the time when the data were got are used to determine when it takes off or lands. This data is then compared with data at airports to determine where the mask is going or where it is taking off.

Although he needs a lot of knowledge for this, Sweeney’s father has been working in the aviation industry and has been following airplanes since he was a child, and has always been fascinated by them, trying to guess which model of an airplane is in the sky by comparing data.