The clairvoyant Simpsons did it again! Back in 2014, they predicted Richard Branson's flight into space!

This is a scene in the 2014 episode of The Simpsons called The War of Art, more precisely the 15th episode of the 25th season of the series. 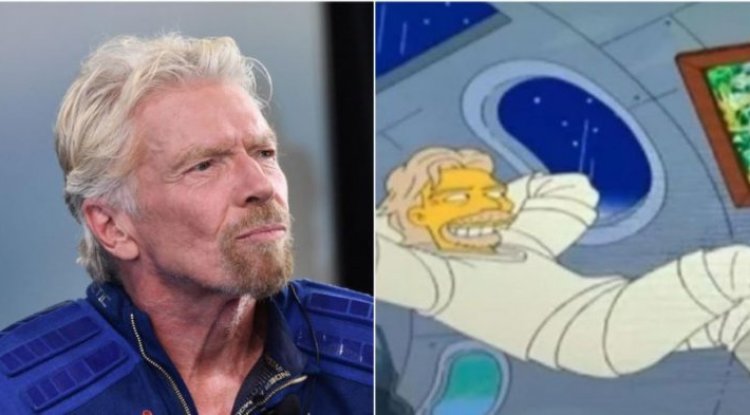 The Simpsons are, as all fans know, better in their predictions than Nostradamus himself!

The prophetic cartoon, fans agree, predicted many events from the future in its ancient episodes. The creators of the famous series, among other things, satirically hinted at what the last episode of the Game of Thrones series would look like, the march of Trump supporters on the Capitol, the pandemic virus from the East, Donald Trump as US president, Lady Gaga's appearance at the Superbowl ...

The Daily Mail now reveals that’s not all. Because they write, the Simpsons announced Richard Branson's space flight in 2014 .

Recall, British billionaire Sir Richard Branson performed a historic flight with a rocket plane of his company Virgin Galactica. He and his team took off from Spaceport America and successfully made their way back.

The whole event, writes the Daily Mail, is indescribably similar to the scene in the 2014 episode of The Simpsons called The War of Art, more precisely the 15th episode of the 25th season of the series in which art forger Klaus Ziegler tells Lisa that copies give pleasure to people around the world. after which characters who enjoy counterfeits in different places are shown. One of them is Richard, who can be seen in the series resting with his hands above his head while 'floating' in his spaceship. Coincidence or ...?