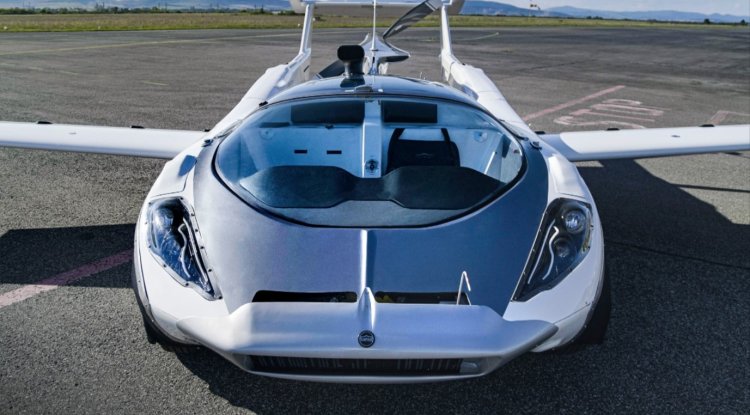 The futuristic model recently received the green light from regulatory bodies - after 70 hours of test flights, approval was received from the Slovak Ministry of Transport, so it can fly in all EU member states.

We saw them on television - in Back to the Future, Harry Potter - real flying vehicles, with wheels and steering wheel, until recently were only part of the imagination, but that is changing now.

Klein Vision has developed a real vehicle that can take off, just like in the mentioned films - it got a simple name - Air Car, and it switches from a car to an aircraft in less than three minutes.

That's how the Air Car became a real aircraft - and the sight could certainly confuse the citizens because it looks like an ordinary car flying - fortunately, there are wings, so it doesn't look like a mysterious force is driving the car.

The hybrid vehicle took off and landed more than 200 times, and along the way, it met all the safety standards of the European Aviation Agency. The aircraft showed incredible stability during the flights, and it also managed to take off and land without the help of a pilot. The "driver" was still present but did not touch the steering wheel.

Professor Stefan Klein has worked with his team on the Air Car for over thirty years, and various prototypes have emerged so far. The licensed model is known as Prototype 1, uses fossil fuels, and has a BMW engine. It can soar to a height of about 2.5 kilometers and fly at a speed of about 190 kilometers per hour.

It has two seats, and it can be transferred from a sports vehicle to an aircraft in two minutes and 15 seconds. The final test flight lasted 35 minutes, and after landing safely, he pulled in his wings after a simple push of a button and continued to drive normally.

Project co-founder Mr. Zajac said: "Fifty years ago, the car was the epitome of freedom. AirCar expands those frontiers, by taking us into the next dimension; where the road meets the sky."

Drivers will need a pilot's license to drive this car in addition to the driver's license, and test flight recordings look like a photomontage or some CGI trick. Yet it is a matter of reality. It seems that the future is near, and with it the vehicles that take off from the highway into the clouds.

According to reports, the United States has placed 40,000 orders for this flying car. The development took two years and cost roughly two million euros, according to the company. We'll be able to determine who can afford it once the price is disclosed. Nobody could have predicted that our future would be that advanced. This is one of them, and there is still a huge amount of research being done around the world.