NanoCell is bringing image enhancement to the world of LED TVs for several years now. LG still has one of the best smart systems in its WebOS... 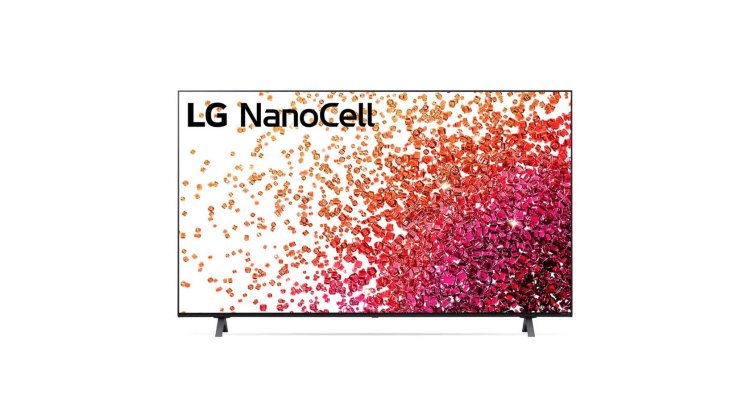 Assembling the TV is easy and fast. After removing from the box, the TV is placed and two sets of screws fasten a large semicircular plastic stand. The distinctive LG look has also been applied to this 55" model. The very thin border around the screen is made of plastic and has a silver finish, while the back flat that looks plastic is actually covered with a thin metal layer. At the back is VESA wall mount slots, as well as all TV interfaces, which include four HDMI ports and three USB ports, Ethernet if you’re not going to connect wirelessly, and an optical output to connect to audio components.

Speaking of connections, it should be noted that the 863 model supports the ac Wi-Fi standard and has Bluetooth support and can be connected wirelessly to smartphones and tablets. Within the OS, there are options to manage the entire smart home, but as we did not have accompanying devices, we will not comment further.

NanoCell is a phrase that has been bringing image enhancement to the world of LED TVs for several years now. This is achieved by incorporating an additional nanoparticle filter into the panel that better filters light and color and refines colors according to users and a wider range of colors can be displayed. While the most expensive NanoCell TVs also have Full-array local dimming, the Nano863 model has local dimming, but the TV comes with EDGE LED lighting.

The screen is IPS with the mentioned edge lighting, and thanks to the local dimming, a better level of black color were achieved. Another step to OLED would be to take a more expensive model with direct LED lighting and local dimming. While these are nuances for most users, the differences are seen in the uniformity of the display and the ability of the TV to display full black. This is where the NanoCell principle comes to the fore, which raises the bar with color rendering, so the overall impression of the image is very good. You can choose from several pre-defined image modes in the menu, and with a little play on the settings in the Energy Saver Step menu, set it off and you’ll be able to raise and change the screen brightness yourself.

Technology that could bring this TV to the forefront of gaming are related to gaming. With a 120 Hz screen refresh rate and support for AMD FreeSync, the LG Nano863 is the ideal choice for new gaming consoles, and can also serve as a screen for your gaming PC. When you connect the PlayStation 5, the TV automatically enters low-latency mode. In games, it is possible to adjust the local dimming from off to high and get an even better picture.

The TV also supports HDR display, so you will be able to use HDR metadata with speed, which will all contribute to the gaming experience. Because of the speed of the panel and the 4K processor α7 Gen 3 that processes the image, the TV is also suitable for watching sports competitions. There’s also the Motion Pro feature, which is just meant to avoid blurring at fastball paths.

LG still has one of the best smart systems in its WebOS, which is unobtrusive and with great support for streaming applications. You already have dedicated keys for Netflix, Prime Video, Disney + and Rakuten TV on the remote, and the more popular HBO is still present in the interface. The remote is still a Magic remote with which you control the cursor on the screen, similar to a mouse on a computer. It supports voice commands and can connect to Google Now or LG AI ThinQ to manage IoT devices in the home.

AI is a very important item for the manufacturer, so it offers AI sound within the system, which makes interesting adjustments, but sometimes it is better to turn it off for a better overall impression. If you want to share the screen with your mobile device, you need to install the LG application on your mobile phone, and you will get a QR code link on the TV screen.