The new mysterious Netflix series ‘Katla’: There are scenes like we’ve never seen before!

The last episode is so well directed that you are ready to forgive the creators for any possible exaggerations hidden by a complicated plot! 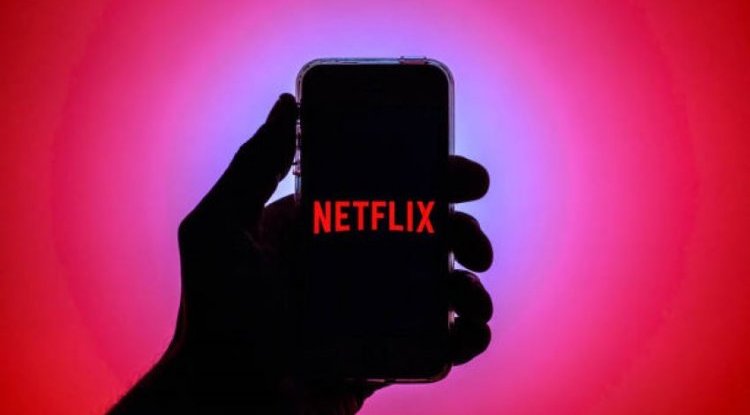 Netflix is ​​increasingly becoming global television. It achieved great success with the French "Lupin", and now the Icelandic series "Katla" has made its way to his top list. It's no surprise, as one of its creators is Baltasar Kormákur, Iceland's most prolific filmmaker who has made his way to Hollywood (the crime novels "Two Players" and "Smugglers", the mountaineering adventure film "Everest"), and often works in pairs with Sigurjón Kjartasson. which was also the case in "Katla"

Volcanologists certainly know what the title means, it is a large Icelandic volcano located under the ice in the south of the country and has been active for more than a millennium. Its eruptions are sometimes not even noticed, as they take place below the ice surface, but seismologists have found that there have been certain activities over the last decade and even the recent 2018. As Katla connects with folklore legends, nothing is easier than to make a series out of something like that.

Dangerous area
The first episode shows the gloomy reality around the volcano. The town of Vik is nearby, but you can't go there without a special permit, the whole area is considered dangerous and only the inhabitants are necessary for the functioning of the place.

A special frightening atmosphere is enhanced by the appearance of the first person to arrive from the volcano, a young woman, completely naked but covered with a mixture of mud and ash. In it, the owner of a local hotel recognizes a certain Gunhild, however, she worked for her late mother - twenty years ago. To make things more puzzling, Gunhild also has a modern version who lives in Reykjavik and has an adult, handicapped son. The woman is shocked by the guest from the volcano, so she immediately comes to Vik, and there she meets again the man with whom she had a son and immediately leaves him because he was married.

She is not the only one to come from the volcano, there is another girl, and young Grima would swear that it was her sister Àsa who disappeared a year ago and since then all trace of her has been lost. Has anyone been kidnapped? She has no idea about it, but she remembers perfectly the events that took place in her childhood.

Volcanologist Darri also came to Vic, wanting to investigate these unusual phenomena, but his shock was immeasurable when he saw his son Mikael among the creatures that came out from under the ice: for God's sake, he died under the wheels of a car that crushed his skull, and now looks perfectly healthy. Due to the boy's death, his marriage fell apart, and his wife is overjoyed to hear Mikael's voice and suddenly wants to re-establish a relationship with Darri. But he warns her that it may not be their son but some kind of ghost.

Complicated plot
"Katla" composes events that are more and more enigmatic and somewhat reminiscent of the French series "Ghosts", in which the dead come to life and take their place again, which death has taken away from them.

In "Katla" the case is somewhat different, there are beings who already exist and begin to quarrel with those who dispute their existence. All this has its justification, it includes paranormal circumstances and even guests from space. But the last eighth episode is so well directed (Kormakur) that you are ready to forgive the creators for any possible exaggerations that hide their overly complicated plot.