The pilot episode of "House of the Dragon" was shown to members of the media, and the early reviews are positive. 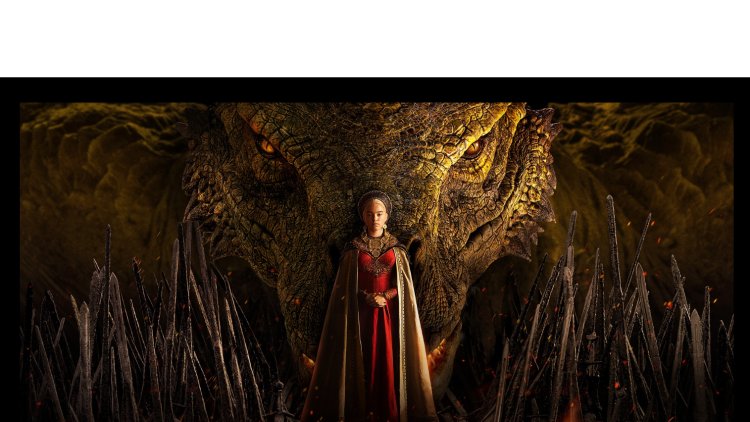 Many fans of the first series were skeptical of the new sequel following Game of Thrones' anticlimactic ending, but it appears that HBO and George RR Martin of "House of the Dragon" have surmounted that challenge and created a series that is even better than its predecessor.

The series will launch on August 21, and the action will take place during the Targaryen reign in Westeros. It will mostly focus on Daenerys Targaryen's ancestors, Princess Rhaenyra and Prince Daemon Targaryen, who will be played by Emma Darcy and Matt Smith, respectively. Steve Tousen will play the deadly Lord Corlis Velarion, widely known as The Sea Snake, while British actress Olivia Cooke will play Alicent Hightower.

When the series' teaser was revealed earlier this month, fans were delighted, with many believing that "House of the Dragon" could make up for HBO's disappointment with the final season of Game of Thrones. And, if early critics' evaluations are to be trusted, spectators should have high expectations.

The #HouseOfTheDragonHBO pilot very efficiently explains its context in relation to GoT, introduces its core characters, and lays out the central conflict of the series. It's an easy to follow premiere with vibrant colors and detailed texture. Absolutely a worthy successor so far pic.twitter.com/3lARILHfuv

"The pilot of House of the Dragon very convincingly explains its context in relation to Game of Thrones, introduces its key characters, and shows the central conflict of the series." It's easy to follow the premiere with vivid colors and detailed textures. Absolutely worthy successor so far," wrote "The Wrap" critic Brandon Katz on Twitter.

I didn’t know how much I missed the #GameofThrones theme song until I heard it tonight at the #HouseoftheDragon premiere! That first episode is fantastic! Can’t wait to see what’s next. Fingers crossed it’s no repeat of the final season of GoT. @BlackGirlNerds #hbo #HBOMax pic.twitter.com/8EZYC8iLY8

"I didn't know how much I missed the Game of Thrones theme song until I heard it tonight at the premiere of House of the Dragon! That first episode is fantastic! I can't wait to see what's next. I'm keeping my fingers crossed that the final season of Game of Thrones doesn't repeat itself," said critic Kat Combs.

"For those who are curious about the series, without spoilers, I can say that what I really like is the fact that it still feels epic in scope while telling a personal and intimate story about a family, showing both their love and dysfunction," she said. Collider critic Christina Radish.

"Violent! Shocking! Epic. Better than Game of Thrones and Breaking Bad. HBO has done it again. This isn't just another fantastic series, it's the best series ever made! Great action and music too,” said Indiewire's film critic on Twitter.

"I didn't like the last season of Game of Thrones." At all. But I will admit that the series premiere of House of the Dragon was really well done and I will definitely continue to watch. After the episode ended, they showed an extended preview of the season and it looks great," said Collider Editor-in-Chief Stephen Weintraub.