The SpaceX civilian crew landed on Earth after three days in space: "It was a great trip."

Four SpaceX space tourists have landed in the Atlantic Ocean on Saturday after three days spent in space, the first mission in orbit in history in which there were no professional astronauts. 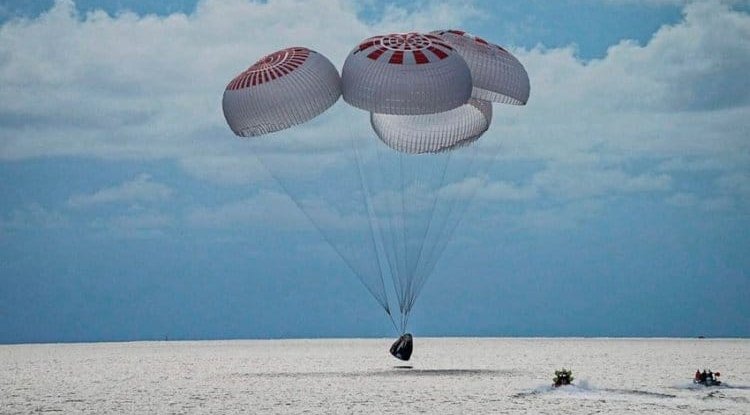 The Dragon capsule landed in the Atlantic Ocean around 7 pm local time, not far from Cape Canaveral, from where four American tourists took off on Wednesday.

The landing was broadcast live by SpaceX on its website. Upon returning to the atmosphere, the descent of the capsule was slowed by four large parachutes.

After landing in the ocean, a SpaceX ship quickly sailed to it, and then the passengers were allowed to disembark. The four of them will then be transported to the Kennedy Space Center in Florida.

It was a great trip, but it’s just the beginning, said after the landing, the mission leader, 38-year-old wealthy Jared Isaacman.

This is the third time that Elon Musk’s company has taken a human crew into space and brought it back, after two missions to NASA, in August last year and May this year. Both times it was about transporting astronauts to the International Space Station.

The Dragon capsule traveled this time away from the ISS, at an altitude of 575 kilometers.

The trip was funded by billionaire Isaacman and he paid tens of millions of dollars to SpaceX for it.

During the flight, their vital signs were measured to study the impact of the space environment on untrained civilians.

Orbiting at 28,000 kilometers per hour, they flew around the Earth more than 15 times a day.

This summer, Elon Musk's company entered the fight for its share of the pie in space tourism.

SpaceX’s Inspiration4 mission rounded out the summer in which billionaires Richard Branson and Jeff Bezos took off into space with Virgin Galactica and Blue Origin spacecraft just days apart in July.