Epic is currently continuing to work on the final version, in which all the functions you want to include are available for testing... 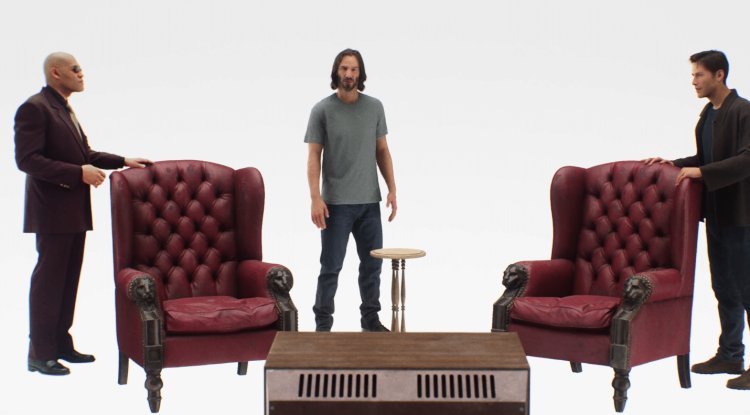 The Unreal Engine 5 is nearing completion for the time being. After Early Access in May 2021, Preview 1 has now been released, which provides improvements in speed, quality and features. There is already a UE5 beta for Fortnite and The Matrix Awakens demo.

The development of the Unreal Engine 5 is progressing. We remember: At the end of May 2021, Epic made Early Access of the new engine version available to interested users for the first time. Since then there have always been impressive demos from external parties and ultimately the UE5 beta for Fortnite from Epic itself - and of course not to forget the extremely impressive UE5 demo The Matrix Awakens.

Spring 2022 was already mentioned last year as the release date for the "full version" of Unreal Engine 5. This plan seems to be still up to date, because Preview 1 of UE5 has now been published, as a blog explains. Epic is currently continuing to work on the final version, in which all the functions you want to include are available for testing. In addition to many improvements to the tools already presented, such as the micropolygon engine Nanite or Lumen for dynamic global lighting, those interested will also find new animation tools.

While the focus of Unreal Engine 5 in Early Access was to introduce new features for the development of next-gen games, Preview 1 is intended to encourage developers from all industries to test the engine. Check out the redesigned Unreal editor, better performance, an expanded geometry editing toolset, improved path tracing (eye shaders and hair primitives), and more, according to Epic Games. One of the things worth mentioning about Nanite is that the memory usage has been optimized and with it the speed, stability and quality. At Lumen, the changelog highlights "full hardware ray tracing support", which doesn't need distance fields or other software tracing and is intended to scale to large worlds.

World Partition, a distance-based streaming solution, has also been revamped. World Partition aims to "much" simplify the process of creating large worlds by automatically dividing the world into a grid and streaming the required cells. If you are interested in further details, including the audio solution, you should see the official changelog.

Unreal Engine 5 is now available in Preview! - Check it here!

We could spend hours discussing and describing the video you can watch below. All fans of the Matrix have a certain opinion about this, realistically the Matrix explains that this should be avoided and yet here we are too deep in the Matrix…