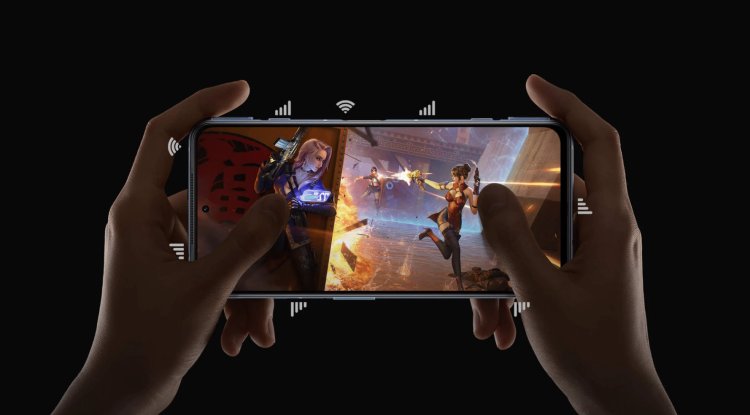 The latest information concerns their specifications, which are published on the website of the Chinese regulatory agency TENAA. The Black Shark 5 (model number PAR-A0) is equipped with a 6.7-inch Full HD + AMOLED screen with a refresh rate of 144 Hz and a fingerprint reader on the screen.

Another thing to discover is the price, the exact look, and the release date. The Xiaomi Black Shark 5 series is expected to unveil in March, especially considering the Black Shark 4 series was unveiled in March last year.

Xiaomi has introduced the Redmi K50 Gaming, the first phone in the long-awaited K50 series, which will ultimately consist of four smartphones. Two will be powered by MediaTek Dimensity 7000 and 9000, and the other two by Qualcomm Snapdragon 870 and Snapdragon 8 Gen 1.

And it is Redmi K50 Gaming that uses the latest Qualcomm Snapdragon 8 Gen 1 chipset, but let's start with the screen. The Redmi K50 Gaming is equipped with a 6.67-inch AMOLED FHD + display with a refresh rate of 120 Hz and a touch sampling rate of 480 Hz.

At the back is a triple camera setup consisting of a 64 MP main camera sensor (Sony IMX686), an 8 MP ultra-wide sensor, and a 2 MP telemacro sensor. At the front, at the top of the screen, there is a hole where a 20 MP selfie camera (Sony IMX596) is located. The battery has a capacity of 4700 mAh with support for fast charging of 120 W, and according to Xiaomi, the phone will be fully charged in just 17 minutes.

The phone also boasts support for Wi-Fi 6E and NFC, and there is also a Xiaomi CyberEngine x-axis haptic engine and stereo JBL speakers, and as with the Redmi K40 Gaming phone two gaming triggers. The frame of the phone is made of metal, while the back is made of glass.

Xiaomi Redmi K50 Gaming will be available in blue, silver, and black, and interesting and limited Mercedes AMG F1 edition, which was created in collaboration with Xiaomi and Mercedes AMG Petronas Formula One team and which features badges and colors of this racing team, but which is available in only 10,000 copies.