Zorin OS comes with optimized drivers for NVIDIA and AMD Radeon hardware, which means that using games from sources such as Steam or Lutris should be usable 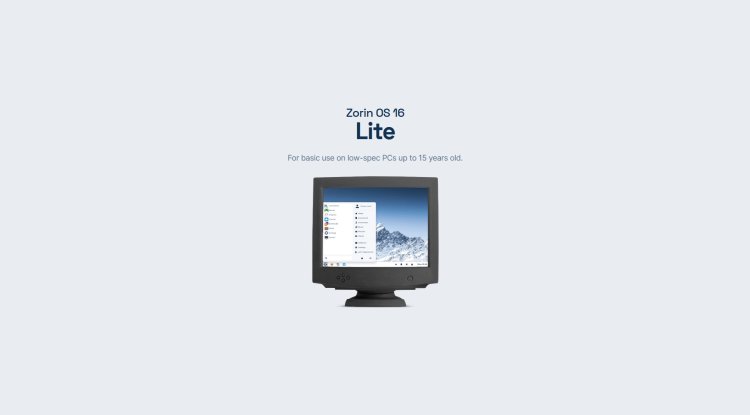 If you have been using computers for any purpose for many years, then you have probably already collected the appropriate amount of “garbage” around the house or offices. These are old computers that are practically unusable in combination with modern, resource-intensive applications. What can be done with such computers? Throw them in the trash or maybe they can still be used for something more useful?

At the same time, in almost every larger family, one could find a member whose computer is used only for the normal use of some standard browsers for viewing news, music, movies, paying for tickets at the bookmaker... For such a user, it is not even important what kind of operating system the computer is running, but the fact that one of the standard browsers can be run on such a computer.

We have already written about one of the possible solutions a few issues ago. The operating system called CloudReady Home Edition allows you to turn older computers into fully usable machines if during the installation you can “persuade” the computer to run a 64-bit version of Chrome. As we wrote then, what you get is quite correct for browsing web content and even for some other operations like using Google web applications, learning programming in the included Linux subsystem...

And what about 32-bit computers?

The main problem with the CloudReady system is that it cannot be installed on even older computers with only the available support for 32-bit operating systems. Are there solutions for such accounts? Fortunately, the answer is yes and it is called Zorin OS.

The old 32-bit computer used to prepare this text is, from today’s point of view, a rather weak laptop. These are Asus EEE computers with the following features: Intel Atom N280 processor with a frequency of 1.66 GHz, 2 GB RAM, “classic” disk (therefore not an SSD) of 160 GB. So not something too usable in 2021.

In both cases, after additional installation of “non-factory” operating systems and trying to use one of the standard browsers, the computer was quite “convulsed” while scrolling through the content displayed on more complex web pages. In other words, it wasn’t very useful. Almost an ideal situation to try to install Zorin OS Lite on it to see if anything changes.

Of course, to make the matter as difficult as possible for the installer (to test its capabilities), we chose the second variant and came across a rather negative surprise. After we explained to the installation program what exactly we wanted through a few simple parameters, at first glance, everything “froze”. At one time, the installation program did not show any information about the progress of the requested operation in the form of a percentage of the completed installation, messages about what is currently working…

If the final battle in the movie “Justice League” hadn’t started on one TV channel at that time, you probably wouldn’t have been able to read this text. The author of the text would probably turn off the computer and give up on “Zorin OS” because he can’t even make his own installation on the computer. Fortunately, the computer (and installation program) remained on during the aforementioned part of the film. So something else followed a little later, this time a very positive surprise. The installer reported everything was done successfully and that the computer just needed to be restarted in order to start using it normally.

And really everything was fine. After restarting the computer, a menu with the option to select Zorin OS (the default option) and the old Linux system first appeared. Each of the operating systems ended up in its own disk partition and could be used without any problems. In short - a job well done. Only the manufacturer needs to slightly improve the visual part of the installation program. Otherwise, we could bet that at least some users will lose patience waiting for something to happen at the beginning of the installation. At least in this variant of installation when Zorin OS is added to the existing operating system.

Because there were two operating systems on the same computer after the installation was complete, it was much easier to see if Zorin OS was making better use of your computer’s existing hardware resources than the older Linux Ubuntu. Although we did not conduct any special measurements for the purpose of mutual comparison, the “educational method” itself showed that Zorin works much more efficiently. For example, since Ubuntu and Zorin OS have the same type of Firefox installed, the experience of “surfing” on Zorin OS is simply much faster and more enjoyable.

The automatically installed set of office applications called LibreOffice behaves in a similar way. Of course, you can’t talk about the same quality user experience here as if you had a modern I5 / I7 computer equipped with 16 GB of RAM and a fast SSD, but if necessary, you can safely view and edit shorter documents.

After successfully browsing web content and handling documents with the help of Zorin OS, appetites increased a bit. Can the computer be used for anything else? The answer is yes again. As the author of the text is primarily a programmer, he tried to make something like this work on a small Asus powered by “Zorini”.

After installing additional development tools using the well-known Sudo command, such a computer can easily write programs (at least for learning purposes) in C/C ++, Go, and probably in some other programming languages ​​(the rest we have not tried). With an additional monitor, keyboard and mouse, the small Asus could be used for quite serious applications in Go language! Zorin OS comes with optimized drivers for NVIDIA and AMD Radeon hardware, which means that using games from sources such as Steam or Lutris should be usable.