The MSI MEG Z690 Godlike shows a premium claim of almost 100 square centimeters. MSI did not include its flagship at the Alder Lake launch. 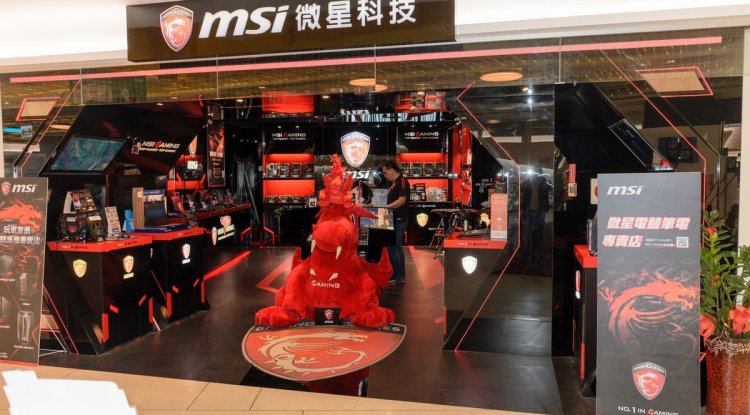 MSI did not include its flagship at the Alder Lake launch. The mainboard equipped with the Z690 has now been photographed and is making the rounds on Twitter. It presents itself to a premium claim of almost 100 square centimeters because with 305 x 310 millimeters, the MSI MEG Z690 Godlike is advancing into the E-ATX segment. Comparable motherboards are smaller. For example the Asus ROG Maximus Z690 Extreme with 305/277 millimeters or the Gigabyte Aorus Z690 Aorus Xtreme with 305 x 285 millimeters.

Aesthetically speaking, opinions will differ. Most of the MSI MEG Z690 Godlike is packaged from above in heat sinks and covers, which are colorfully illuminated by RGB LEDs. Black dominates with a few silver accents thanks to the LGA1700 socket and the reinforcement of the PCI Express slots. The 3.5-inch LCD touch panel, on which all kinds of operating data can be displayed - clock rates, should be particularly extravagant. Temperatures, speeds and the like. The content can be adjusted via the app. An interesting decision is that you can remove the LCD panel and place it relatively freely in the housing using a cable, which gives you more options when building the system.

According to the information available, the mainboard appears to have 22 phases for supplying power to the CPU. Main memory should be supported up to at least DDR5-6666. In addition to the standard ATX supply, the MSI MEG Z690 Godlike also requires two 8-pin plugs from the additional supply. The mainboard is said to have various OC profiles and, of course, a battery of connection options. Everyone has to decide for themselves whether they suit their own taste.