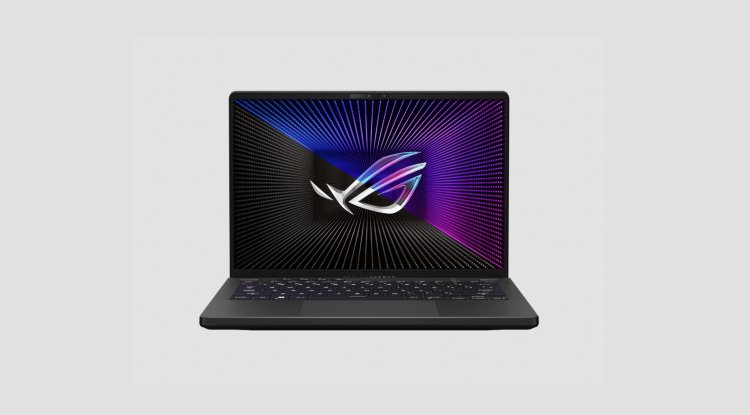 The ROG Zephyrus G14 notebook is one of the key products in the collaboration between ASUS and AMD and we tested it. This model had to show both the skill of Taiwanese engineers and the fact that AMD’s platform is no longer just usable, but is really a better offer than Intel for laptop makers. Now, the third generation G14 represents a similar turning point: it introduces a mobile version of Rembrandt and RDNA 2 to the market.

At first glance, not much has changed on the exterior of the G14, but that is only at first glance, as ASUS has smoothed and improved it a lot. It may be the least eye-catching, but the most notable is that the screen now has a 16:10 aspect ratio, so it is higher, which makes it more usable for work and viewing. The size has not only not increased, but even decreased to some extent, so that the screen already covers 91% off the floor area, but it can finally become a webcam, which also solves biometric identification with IR.

As for the machine space, you can choose between dark gray called Eclipse Gray and white called Moonlight White. This design is still first-class; the installation is exemplary; the cover is durable. On the back of the screen (which can be opened 180 degrees) is the AniMe Matrix screen again, which is good, but of course, it’s better to see. The resolution has been improved by 19 percent, but keep in mind that this setting adds not only price but also weight and thickness (unfortunately, it comes with the best-equipped model).

In the area of ​​the palm rest of the keyboard, the location of the speaker openings has changed, more precisely, from the palm rest to the keyboard. At the bottom, however, the engineers seemed to have run out of coffee: while the screw holding the lower right corner is still a pop-up version for easy disassembly, the three middle copies holding the lid were protected by glued rubber plugs that only work against the assembly.

After removing the bottom cover, we will mostly see only the surface of the steam chamber with its beautifully designed graphics. And after some skill, we’ll also have access to a memory slot and storage.

There have also been minor changes to the connectors. The offerings have changed only slightly, with the combined audio connector, Type-C connector and HDMI terminal on the right. But the Kensington lock slot on the left has disappeared, a microSD reader has appeared and the remaining space now also includes two Type-A connectors and one Type C connector. All USB ports offer a USB 3.2 Gen2 speed and can be used as a DisplayPort terminal. the right side can charge the notebook.