Twitter user Russ Bishop decided to investigate this - test four NVMe SSDs, and, while discharging the DRAM, pull out the cable from the outer casing. 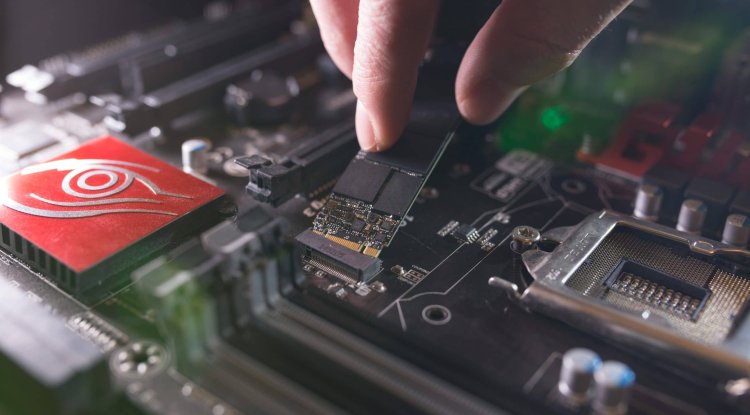 You probably know that DRAM is a volatile memory, that is, after the power supply is cut off, everything that was written in that memory disappears. This is usually not a problem, because (D) RAM is treated as a temporary memory, while data is stored in non-volatile memory, storage devices - written on magnetic boards on hard drives, or electronic components (Flash chips in SSDs and USB memory sticks) sticks).

But what happens when the DRAM content inside the SSD disappears, for example bucause of a power outage? Twitter user Russ Bishop decided to investigate this - test four NVMe SSDs, and, while discharging the DRAM, pull out the cable from the outer casing. Of the four SSDs he initially tested, two lost DRAM data that was supposed to be written to Flash chips at the time!

The situation could have been much worse, because if the FTL had been damaged (see the box "What is DRAM for"), theoretically there could have been a loss of all data from the SSD. Then why were some SSDs not scratched? Manufacturers can use multiple techniques to avoid data loss.

One example is Samsung's journaling, which tells SSDs what the operating system ordered to be written to SSDs and what was written to Flash chips before the power went out. Another technique, seen in SSDs aimed at the business sector, are additional capacitors, which will give the chips inside the SSD enough current to complete the discharge of DRAM into Flash memory.

As for the SSD models tested in the first round, two survived the run-off without difficulty:

Two ended up with corrupted data, which was transferred from DRAM to Flash chips:

Bishop continued to test SSDs, all of which passed without error in the next round:

Is this an alert? If you use an NVMe SSD inside your computer, it probably isn’t, even if it’s one of those that failed the test. This is because they can get some power from the motherboard or power capacitor and after a power outage or by pressing a switch on the power supply, probably quite enough to complete the transfer of data from DRAM to Flash chips.

This is not the case when using the outer casing, because when the cable runs out, the transmission of electricity to the SSD in the outer casing is immediately interrupted. So while you may have been persuaded that you don’t need to manually “eject” USB memory sticks and similar devices, in cases like this it could be the difference between properly written data on an SSD and corrupted files. And whenever there is potential data loss, it should be noted that there is no substitute for backup.