There is a lot of movement in the Steam charts before the release of Elden Ring. Dying Light 2 is losing its place in the sun, the new number 1 is Warhammer 3. 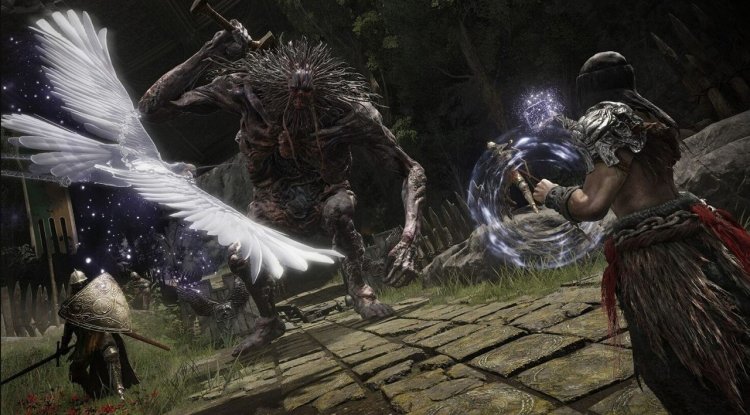 There is a lot of movement in the Steam charts before the release of Elden Ring. Dying Light 2 is losing its place in the sun, the new number 1 is Warhammer 3. Elden Ring should take over the scepter next week.

The Steam charts are moving again, which is not surprising given the abundance of major releases in February. Dying Light 2, Lost Ark, and Warhammer 3 are already here, with Destiny 2: The Witch Queen, Elden Ring, and Grid Legends to come.

And so it's not surprising that Dying Light 2 has to give up its place in the sun. Two weeks ago, different versions of the co-op zombie shooter occupied four of the top five places. Last week it was enough to place 1 ahead of three Lost Ark and Elden Ring. This week, however, a very different game is at number 1: Warhammer takes the place in the sun, despite powerful technical problems. It remains to be seen how this will affect the sales figures.

In any case, one can assume that Elden Ring, last week still number 2 in the Steam charts measured by sales, will knock Warhammer 3 off the throne in the coming week. At least if the consistently positive reviews for the Souls-Like game come true and the PC players don't encounter technical defects that prevent good ratings. The Elden Ring unlocks on Steam during the night from Thursday to Friday. Are we very curious about the reactions?

At number 3 last week, Dying Light 2 shows itself again before it probably goes further down. Lost Ark follows on 4 with the $65 Vanquisher Starter Pack. Cyberpunk 2077 makes a small comeback in 5th place thanks to patch 1.5 and thanks to a sale. Destiny 2: The Witch Queen, Valve Index VR Kit, The King of Fighters 15, and Dread Hunger complete the top 10.

In other news, as previously announced, the next edition of Next Fest has started on the Steam platform. As the organizers themselves said, this is a multi-day celebration of the upcoming games. What attractions are prepared?

Do you remember the time when most games could be tested before the premiere thanks to the demo versions? Next Fest focuses on them, in this case, it is over … 700 items. In addition, the considered event includes numerous live broadcasts, which will most often be realized by the creators of individual titles. The next Fest, more precisely this edition, ends on February 28.