Take-Two subsidiary Rockstar has released a patch for the troubled Grand Theft Auto: The Trilogy. The update 1.03 is supposed to solve numerous problems. 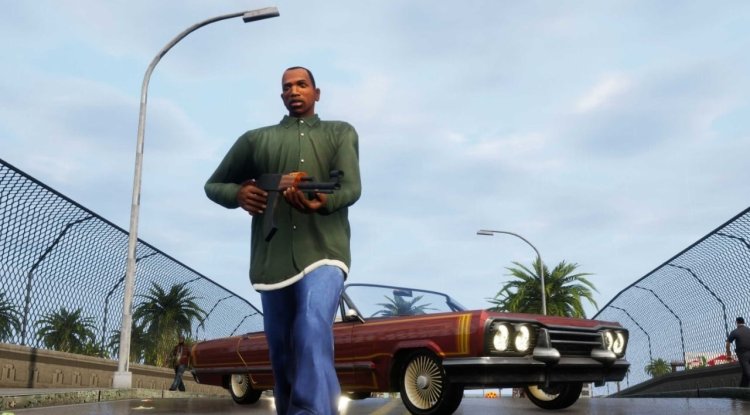 November 30, 2021, at 7:22 pm by Andreas Link - Take-Two subsidiary Rockstar has released a patch for the troubled Grand Theft Auto: The Trilogy. Update 1.03 is supposed to solve numerous problems. Of course, there is little that can be done about the fundamentals.

The problem-plagued Grand Theft Auto: The Trilogy has received a patch from Rockstar or the contracted developer Grove Street Games. Update 1.03 is quite extensive, available for all systems, and is supposed to put an end to the worst worries. Given that Grand Theft Auto: The Trilogy - The Definitive Edition is a port of the originals that was actually developed for mobile platforms, that doesn't change much. So the patch won't change much for "OG fans".

The offers fundamentally on all system stability and performance improvements as well as bug fixes. The cinematic camera that was missed by many is now back in the game. In addition, numerous textures that had spelling mistakes were exchanged on all systems. The "Welcom", which had already been quickly exchanged via hotfix, was already on the way to meme status when the trilogy was launched. In addition, the somewhat embarrassing rain has been improved to the extent that it no longer rains through objects. The rain also seems to have been optically tuned.

GTA Trilogy available again: still to be saved, or not?

The following is a long list of numerous errors from all three titles that have been fixed. We take a closer look at the PC-specific concerns that the developers have addressed. It is mainly bugs that have been eliminated. For example with ultra-widescreen monitors, when playing with a gamepad and generally many operating problems that originate from the port, because the base is designed for touch operation.