How to choose a good power bank

Before purchasing a power bank, consider whether or not you will actually need it. A power bank is just a battery with a USB output that allows you to charge other devices wherever they are needed. As a result, it is an excellent travel companion. 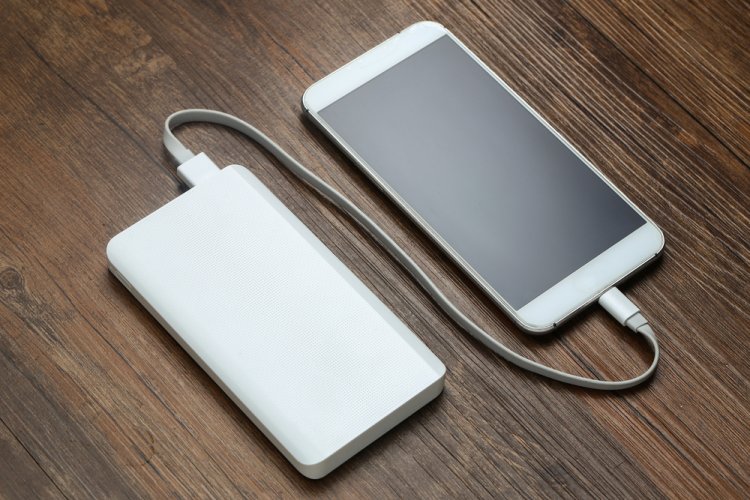 The first factor that narrows your options is device compatibility. You must know ahead of time whatever devices you intend to charge with it. You can't go wrong with smartphones, tablets, headphones, cameras, or other small electronics.

You may charge it without a problem if you have the proper cable. It becomes more difficult if you also want to charge a laptop with the power bank.

In that case, you should take a closer look at the power bank's technical specifications and charging ability. Voltage is especially important here, and you should seek power banks that can withstand voltages of up to 20 V.

This ensures support for the power supply of nearly any laptop with USB-C and Power Delivery. Charging will only function in unusual circumstances with a lower voltage.

However, electric current is equally significant, as it, along with voltage, dictates performance. If it was too low, the power bank could work with the laptop, but it would barely keep it at the same battery level when turned on instead of charging. Look for values of at least 2.1 or 3 A, or even higher if the power bank supports it.

When making your selection, don't overlook the power bank's design. First, consider the proportions and shape. The greater the power bank, the more powerful it is.

Today, the smallest ones are so little that you can clip them to the back of the phone; with larger gadgets, it is already a good idea to consider every centimeter. After all, it is a portable gadget, and whether you put a small but thick brick or a larger cake in your bag makes a difference.

Examine the materials as well. Plastic or metal, mainly aluminum, predominates here. Both have a different impact on the device's weight and durability. Metal power banks are typically heavier, but they are more robust and long-lasting, which you will appreciate when traveling.

The plastic cover can become scratched with regular travel. However, when using metal, avoid putting the power bank in the same pocket as the item being charged, which could scratch itself.

Signaling elements are also used in the design. Almost every power bank now features an LED that indicates its state (off, on, charging). However, the battery status indicator is in a different state. Manufacturers tackle this problem by using many LEDs, each representing a different proportion of the battery's status.

More modern models also have a display that shows the current condition of capacity to the whole % and, in certain cases, the charging current.

Consider the previously listed parameters while determining the ideal capacity. The physical dimensions of the power bank normally increase as the capacity increases.

The gadget being charged has an impact as well. You will undoubtedly select a different capacity while charging your phone or headphones on occasion, and another when charging a laptop with a large battery.

The capacity of the power bank is specified in mAh (milliamps per hour), which is similar to the capacity of mobile device batteries. But forget about simple math.

For example, if you buy a 20,000 mAh power bank and your phone has a 5,000 mAh battery, don't expect it to be fully charged four times. In practice, it may take 3 to 3.5 recharges. Voltage conversions, control circuits, and the quality of the wires all cause losses during charging.

In the future, it is preferable for the power bank to recharge itself using the ubiquitous USB-C connector. It should also have at least one USB-C port on its output. This will result in increased adaptability as well as faster charging.

More outputs are required, especially for larger power banks. At least two are required. They will be better with USB-C in the future, but for compatibility with older devices, having one USB-A connector in reserve is useful.

Better models will have four outputs, allowing you to charge many gadgets at the same time. As a result, the performance of the power bank must likewise correspond to this.

Simultaneously, performance frequently varies, even amongst power bank outputs. Some are often slower, while others are more powerful. Those with USB-C frequently feature 45W of power and support for quick charging Power Delivery, which you will certainly appreciate while on the road.

However, quick charging is required mostly at the input, especially for larger capacity models. It makes a great difference whether you charge the power bank for 2 hours or 10 hours or more. We also advocate selecting models that can charge and charge additional devices simultaneously.

You can now select between wired and wireless charging of connected devices with powerbanks. In the case of wireless variations, you normally have the option of requesting a cable as a deposit.

It always charges wirelessly using the Qi standard, whereas power banks designed for Apple devices frequently include MagSafe support as an option. This is especially beneficial for the smaller ones that are magnetically attached to the rear of the phone.

In the end, it all comes down to user comfort. You don't have to worry about the cable with wireless power banks, and you save room in your suitcase. Expect reduced charging efficiency and power here, on the other hand.

You will be able to charge your phone fewer times with the same power bank capacity if you utilize a cable due to higher losses. However, the difference will be minimal.

Wireless charging works best when the powerbank is placed on a flat surface alongside a phone or other device. For example, when trekking and placing the power bank and phone in your bag pocket, a cable approach is unquestionably more reliable. It ensures that charging will not be interrupted if it is placed wrongly on the charging surface.

Powerbanks with built-in solar cells are becoming increasingly common. However, given the cells' enormous capacities and low efficiency, don't anticipate miracles. A full charge would take several hours or days.

Some power banks may come standard with a travel-friendly grip. Others have a charging cable installed around the perimeter, which may not be a bad thing because it eliminates the need to think about it.

However, all of the aforementioned are primarily for certain purposes and are frequently subject to a price. Determine whether you truly require such gadgets.