The Ryzen 5 4500U, which has 6 cores, as well as an integrated graphics processor Radeon RX Vega 6. The Ryzen 4500U is quite a powerful processor... 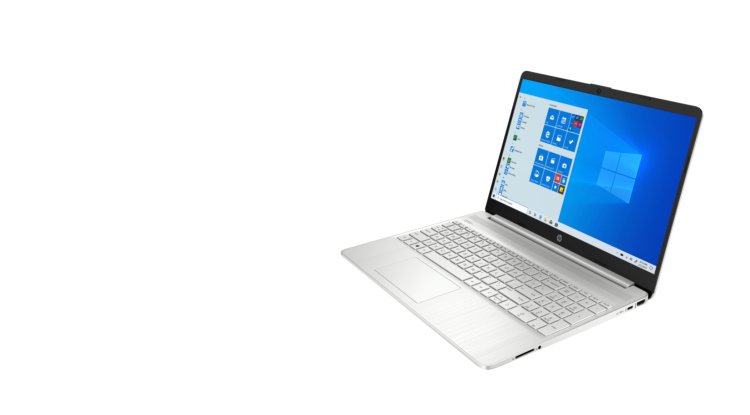 Proverbially good HP mainstream notebook, which in this case fully emphasizes all the advantages of AMD hardware platform. It is especially distinguished by its excellent ratio of performance and energy consumption.

The Ryzen 5 4500U, which has 6 cores, as well as an integrated graphics processor Radeon RX Vega 6. The Ryzen 4500U is quite a powerful processor that currently has no actual competition from Intel.

The power of the Ryzen

This is exactly why a large number of modern mainstream laptops are based on this AMD processor. Here, the Ryzen 5 4500U is the foundation of HP’s mainstream 15s series laptop. Within the 15s series, HP offers a really huge number of different models, and thanks to various hardware configurations, the 15s is one of the most represented mainstream laptops on the domestic market.

Visually, the 15s is a modernly designed mainstream laptop that stands out with its relatively thin (17.9 mm) silver case, which is mostly made of aluminum. This is one of the most visually attractive mainstream laptops. It is also relatively light (1.69 kg), which makes it easily portable.

Modern design is accompanied by modern equipment. This model comes with a USB 3.1 port, one of which is the Type-C version. A 720p camera, SD card reader and solid speakers are also available.

The keyboard is quite spacious, with a numeric part, and it is characterized by quite large square keys. We think the keys lack a bit more travel, but this is undoubtedly a pretty good keyboard that allows for comfortable operation. The one-piece touchpad has a relatively smooth surface and recognizes clicks well, although it could be slightly larger.

The rather fast NVMe SSD capacity of 512 GB also contributes to the general feeling of speed when working with this laptop. We are glad that today, even with such mainstream computers, we find fast NVMe disks of decent capacity as standard. Besides excellent performance for this price class, this laptop also stands out for its extremely long battery life. Over nine hours of video playback is definitely a great result.

This is a very good mainstream laptop with one serious drawback. We are talking, of course, about a poorly built-in screen. It is a real pity that HP still does not install far better quality screens in this class of laptops, which is the only real, but extremely big disadvantage of this notebook.

Should you turn off your computer?