Intel Evo certification Intel plans to build a recognizable brand of devices from which users know what to expect, and so far they are doing great... 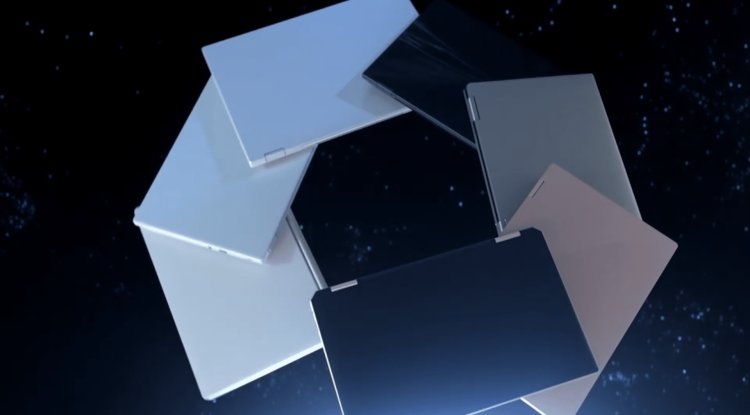 With the announcement of the 12th generation of mobile processors, Intel also introduced the specifications of the third generation Evo devices for laptops, flexible and desktop computers. Just as laptops used to have to meet certain requirements in order to be called Ultrabooks, now Intel Evo certification guarantees that the devices comply with the requirements set by the chip manufacturer.

Most of the requirements that Intel has prescribed are only improvements over the second-generation Evo spec. For example, the Intel Evo laptop must have battery life in real-world conditions of 9 hours or more, wake up in less than 1 second, and provide enough battery life for 4 hours of charge in half an hour.

In addition to the above, Intel Evo now provides responsiveness for 25 day-to-day operations and introduces four new technologies that enhance video conferencing.

When it comes to technical requirements, all devices must have 12th generation Intel processors, Intel Wi-Fi 6E, 5G and fullHD or better camera. Technologies will include the Intel Connectivity Performance Suite, Dynamic Background Noise Suppression and Intel Visual Sensing Controller.

Intel Evo devices will allow you to retrieve calls from your phone on your laptop, with the ability to easily share data between devices and different interfaces, as long as the devices are connected.

Devices with flexible screens are now an important part of the Evo ecosystem, and according to specifications, to be able to carry the Intel Evo badge, they need a QHD flexible touch screen larger than 16 inches, as well as a separate Bluetooth keyboard as an accessory.

In addition to laptops, desktops and flexible display devices, the Intel Evo brand includes peripherals. It is important for them to have Thunderbolt connection and fast waking, as well as fast charging. Alternatively, these devices can use Bluetooth for pairing and have the ability to easily switch from PC to phone and vice versa (headset).

So far, Intel has announced that it is working with 150 partners and plans to introduce over 100 excellent Intel Evo are various design examples. Including the Lenovo Yoga 9i (we wrote a review about this really good device, you can read here), with 12th generation Intel Core-P processors. As with the Ultrabook concept, with Evo certification Intel plans to build a recognizable brand of devices from which users know what to expect, and so far they are doing great.