The first prototype of a unique eVTOL with excellent flight parameters

LEO Flight has unveiled a piloted alpha prototype of its LEO Coupe, a flying hypercar it claims will be able to transport three people at speeds of up to 400 km/h. Naturally, the experimental LX-1 prototype doesn't have the flashy look of the final LEO Coupe, which the company showed earlier in renderings. 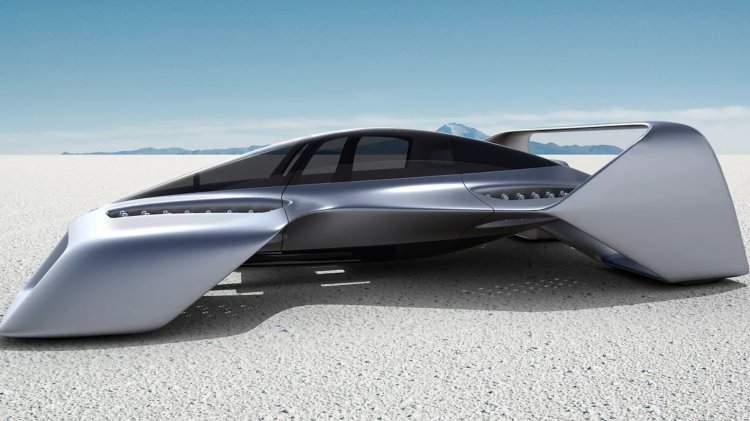 Two fans with a larger diameter at the back give it horizontal thrust. The empty Coupe will weigh 499 kg and will be able to carry passengers or cargo with a total weight of 231 kg. LEO's decision to use lots of small nozzles is interesting - smaller fans are much less energy efficient for a vertical lift. The transition to horizontal flight takes 60 seconds, according to the company.

While the final aircraft will perhaps have an interesting set of "cat's paws", i.e. inflatable landing gear with variable geometry, the prototype has four articulated legs with thin struts. The company wants to market the Coupe as an eVTOL passenger aircraft, promising an optimistic range of around 480km from just a 66kWh battery. Bitar originally quoted a price under $290,000, but now says covid-related supply chain issues have nearly doubled his component costs, pushing the Leo Coupe's retail price to $459,900.

Volocopter announced at the UP Summit transportation technology conference in Bentonville, Arkansas that its VoloConnect eVTOL aircraft has successfully taken off for the first time. The unmanned flight, which took place in May, involved a few basic maneuvers, lasted 2 minutes and 14 seconds, and used a prototype with "all the aerodynamic and performance characteristics of the aircraft planned for a future commercial product". Since then, further short flights have been carried out as part of the initial testing phase.

This phase will be devoted to evaluating the aircraft's low and high-speed performance, its ability to transition between vertical and horizontal flight, and its ability to compensate for engine failure in flight. The eVTOL reached a maximum speed of 64 km/h in forwarding flight. VoloConnect features six rotors for vertical takeoffs and landings and two that work with fixed wings to create lift for forwarding flight. It is capable of transporting four passengers and ultimately should have a maximum speed of 250 km/h and a maximum range of 100 km. Its commissioning is expected in 2026.